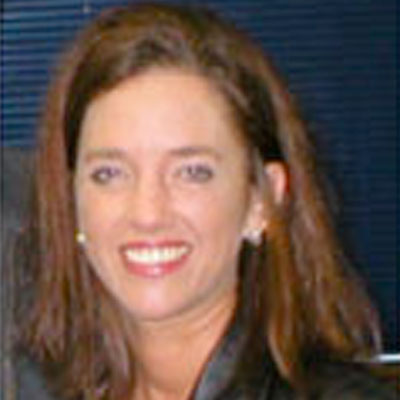 On May 27, 2004, thirty-three year old Trish left her home in Owasso, Oklahoma, to take her stepdaughter, Brooke, to a Memorial Day soccer tournament in Lexington, Kentucky. For the week prior, Trish had been experiencing chills, backaches, and bouts with shortness of breath but she attributed these to being under more stress than usual.

Brooke and Trish enjoyed their weekend in Lexington even though her team was eliminated early from the tournament. They left Lexington to return home around 10:00 am on Sunday, May 30th, but got just inside Illinois before Trish had grown severely ill. She assumed she had food poisoning from a fast food meal; They stopped at a hotel, feeling that she could just ‘sleep it off.’ Trish was confident that then she would be fine to drive the rest of the way home the next day.

However, Trish continued to deteriorate as the afternoon and evening wore on and eventually called an ambulance around 9:00 p.m. First Trish was taken to a small community hospital in Illinois but then transferred several hours later to Evansville Deaconess Hospital in Evansville, Indiana. Both hospitals kept Trish’s husband, David, informed by cell phone as he and Trish’s brother drove through the night from Oklahoma to Indiana.

Upon her arrival to the hospital in Evansville, Trish was put on a respirator, as her lungs and other organs began to fail. Trish’s family was given a bleak outlook. Her doctor explained that my blood was septic for some yet unknown reason, and he felt that Trish had only a 25% chance of survival.

Over the next four days, a team of doctors worked diligently to save Trish, locating the source of sepsis as a fibrous mass in her uterus that had ‘died off.’ As soon as the surgeon was able, he performed a total hysterectomy, removing the ‘poisonous’ uterus. Slowly, then, Trish’s body began to respond positively.

Trish was on the respirator for a total of 10 days, then received treatment by CPAP for three to four additional days. Trish spent 18 long days in the hospital (16 of those in ICU). Trish’s family stayed with her during this difficult time.

Because of the incredible medical care Trish received at Evansville Deaconess Hospital and the faithful prayers of her family, friends, and coworkers, she is alive to tell her story. It has been nine months since Trish left the hospital, and she continues to recover, both physically and mentally.

Trish finds it comforting to read the stories of other survivors on this site, as she is now aware that many of the feelings/emotions she has experienced are very ‘normal’ for a person who has survived ARDS.  Trish wants to reach out to others who are dealing with ARDS and welcomes contact by others.