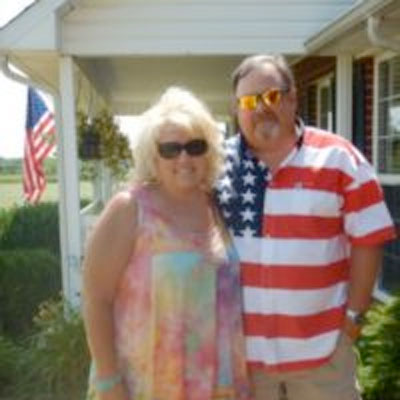 ARDS became a reality for my wife and I in January 2014. My wife Kimberly Wright,  who at the time was 54 years old, a mother of two, a grandmother of 4 girls and one boy and a very successful special education teacher for over twenty years.

Kimberly came down with type A influenza which in turn became pneumonia and then developed into ARDS.  My wife was med flighted to St Anthony hospital in Oklahoma City, and diagnosed with pneumonia, ARDS and given two days to survive.

After 15 days intubated, and a total of 40 days straight in the hospital, she became two pulmonary Doctor’s miracle patient.

Kimberly spent the next two weeks in a step down hospital where she learned to walk, sit up, and do the basic things she had forgotten or was to weak to perform. In the following 6 months after her initial assessment, Kimberly was in and out of the hospital many times before they also diagnosed her with an autoimmune disease and possibly LUPUS.

ARDS has made a huge change in both our lives mentally, physically, financially as well as spiritually. Many times we have became weary and worn but through faith, we sought comfort and strength from our church and from God. ARDS has changed our lives where priorities have changed, responsibilities have shifted, and the everyday form of life has become challenging.  I often wonder if Kimberly will fully recover or not, but this I do know, she has a purpose on this earth that has yet to be revealed.  Many people with less ailments have passed on, but she still stays positive. Until her diagnoses with ARDS became a reality, I had never heard of it. Now it’s a daily routine. We will continue to stay positive until a cure is found.