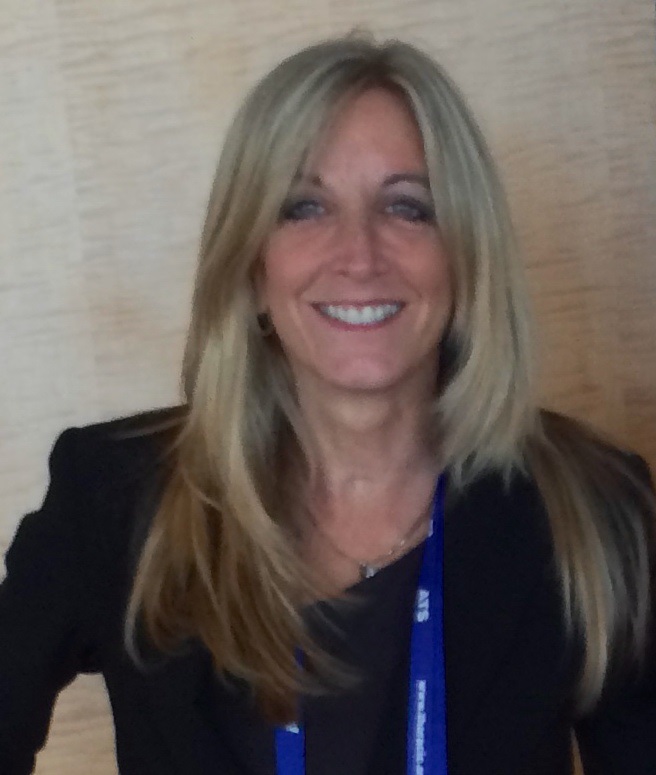 Eileen Rubin, JD, is Cofounder, President and CEO of ARDS Foundation since its inception.  ARDS Foundation is a leading humanitarian organizations, possessing a goal to fight Acute Respiratory Distress Syndrome globally.  ARDS Foundation provides emotional support and advocacy to those affected by ARDS as well as working with clinicians and industry.

After spending nine weeks in the hospital fighting this insidious syndrome, when she was only 33 years old in1995, she knew one day that she would have to do something to ensure that others did not face the plight she and her family endured.  During her nine week hospitalization, she suffered kidney failure, both her lungs collapsed twice requiring five chest tubes,   She suffered sever delirium which later caused depression and Post Traumatic Stress Disorder (PTSD).  Her spleen appeared to die away, she needed eight units of blood, and developed a deadly hospital acquired infection in her trach.  Her lowest weight was 82 pounds.  And even though her critical care doctor told her that she almost died five times and another doctor said she was the sickest patient he ever had who lived, somehow she walked out of the hospital at nine weeks.

Five years later, Eileen looked at her two young children and realized that if she did nothing to work toward to change anything related to ARDS, and someone she loved was diagnosed with ARDS, she could never live with herself.  In December of 2000, Eileen cofounded ARDS Foundation initially in to order to ensure patients and families had a plain english brochure explaining ARDS. But immediately, the need for a foundation such as ARDS Foundation was readily apparent.  ARDS Foundation received emails, posts and phone calls from people around the world.

Today, Eileen works tirelessly as a Representative in Patient and Family Engagement as well as an Advocacy Specialist, working towards humanizing the Intensive Care Units and beyond for critical care patients, along with her position as President of ARDS Foundation.  Eileen speaks often, offering the patient perspective to those in the medical arena and also sits on numerous committees to represent the voice of the patient and family with all aspects of medical research, guidelines and protocols.   Eileen has worked closely with those at the American Thoracic Society and the Society of Critical Care Medicine.

Eileen lives in the North suburbs of Chicago, Illinois with her two college aged children, ages 19 and 21 and occasionally attends court as a criminal defense attorney.

From Trial Attorney to Life Support in only days… 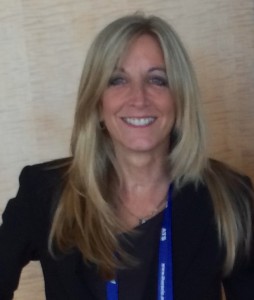 In late May, I suddenly had extreme, painful pain in my lower back.  But because I was an extremely active criminal defense attorney, who just left the State’s Attorney’s office, I continued to go to court, ignoring the pain.  When I was home though, I sat with a heating pad trying to resolve this intense pain.  A couple of days later, I went to my internist, who examined me and told me I must have pulled a muscle the weekend before.  I protested, but she persisted in her diagnosis, giving me muscle relaxants to east the pain.

The pills did not help.  The pain grew.  And then, suddenly, I had difficulty breathing.  I returned to the doctor’s office and saw the associate.   I could barely walk; I appeared to be in distress.  I told him I that aside from the excruciating back pain, I was having trouble breathing.  After an exam, he also decided I needed no blood work or chest x-rays.  He told me I was probably just anxious and gave me the same pills.  I was shocked.  But I filled my prescriptions and went home.

On June 1, 1995, I woke very early.  I had to crawl to get to the bathroom. Afterwards, I crawled to another room in the house and called the doctors office It was 5 am.  The associate I saw the day before was on call.  He told me, “call your doctor at 10 am.” So for five hours I watched the clock.  At 10 am on the dot, I called.  I spoke to my doctor.  She told be, “We saw you yesterday. We will not see you today.”  When I got off the phone, I cried.  I needed a referral to go to the hospital.  And she was not giving it to me.  After I pulled myself together, I called another doctor.  I begged for an appointment and got the last one of the day.

By the time I got to his office, my blood pressure was 70/50, I had blood in my urine, and my right lung sounded like something was amiss.  The doctor took blood, ordered a chest x-ray and then sat me and my ex-husband down.  He said that he was giving me a choice… I could go to the ER for the Chest X-ray, or do it out patient and go home.  My ex-husband asked why we would go to the ER and the doctor said, “Because she might faint.”  My ex-husband asked what we could do to prevent that, and they doctor said, “get her orange juice.”  So that was what we did.

The next morning, the doctor called  very early and very alarmed.  He said, “You need to get to the emergency room NOW!”  When I tried to protest, wanting to call family, he said, “Your white count is two and a half times higher than normal.”  I went immediately to the ER.  That was June 2, 1995.  I was 33 years old.

I was placed on oxygen immediately and admitted directly into the medical intensive care unit.  That night my kidneys failed.  A day and a half later, I said to my mother, I can’t breathe, I think I am dying.  My mother went to get help, but my internist just said I was anxious.  But my mom persisted and the doctor came into my room.  One look at my machines and me and a code was called.  My family was forced to leave with no explanation or information.  I was in respiratory arrest; I was intubated and also hooked up to a number of other machines.

My family was in shock.  How could a healthy, active33 year old attorney end up on life support.  At that time, information was not very forthcoming and when it was, it was extremely confusing.  Every day, it seemed there was another crisis. My family could never take a deep breath and relax because one day I needed four units of blood; another day, both my lungs collapsed requiring chest tubes.  Then they said my sleep died away by 90% and wanted to remove it. There was extreme fluid overload, causing my now 82 pound body to gain 40 or more pounds.  Once out of the coma and totally deconditioned, I suffered severe delirium.  Both my lungs collapsed again and three more chest tubes were placed in my body.  Then I required four more units of blood.  And a hospital acquired infection made its way to my trach.

My family was told several times that I would not survive,  At two weeks, there was a family meeting, where doctors said that I might never breath on my own again, I might have suffered brain damage from the time without oxygen and it was a quality of life issue. My family told the staff to continue to do everything in their power to save my life.

However, after four weeks in the medically induced coma, the doctors finally reduced the medications and I was awake.  My deconditioning was so bad that I could not even move a finger to use a call button. At one point, I wanted to give up.  This mountain was just to high to climb.  But I looked at that ventilator and realized that if I wanted to have children, I would have to get off of this machine.  There very next day, I showed improvement; everyday after that, I did as well.  And with time, and physical and occupational therapy, I was able to eventually move, very slowly, but I could move.

I spent 9 weeks in the hospital, 8 of those on the ventilator and four in a drug induced coma.  I was discharged to my home home, with orders for physical therapy

My recovery was a challenge.  I had three months of physical therapy.  But I was unable to return to work so soon.  I felt isolated.  Everyone who visited me while I was in the hospital had gone back to their lives, while my life was forever changed.  I realized though that i had to work towards a routine and took a office job to get used to daily responsibility.  Six months after I was out of the hospital, I was so lucky; I was pregnant with my first child.  Two months after that, I went back to working as a criminal defense attorney part time. Two years later, I had my second child.

About five years after I had ARDS, I looked into the faces of my children.  I said to myself, “If one of my children, or anyone I loved, ever got ARDS and I had done nothing in the fight against ARDS, I could not live with myself. I had to do something to give back.  And so I co-founded ARDS Foundation

One of my major motivations for creating the organization was due to the fact that when I was so critically ill, there existed no resource to help my family, to answer their questions in plain English, to calm their fears, or give them hope.  There was no literature available for them to read beside medical articles which always seemed to indicate that the patient did not survive.  The medical articles were difficult to comprehend.  And when I got out of the hospital, I had the same problem, that there was nothing for me to read and there was no one available to me who could understand what I had endured.

In learned that about 200,000 people in America get ARDS each year, and almost half die, troubled me greatly.  This number is enormous.  And this community of people need a place to go, to share information, to get educated, to vent, to laugh or cry among others who know what they endured.

By creating ARDS Foundation, it is my hope to not only educate, but also to provide support to those in need. Awareness is also key. In time, I hope to raise the much needed funds to facilitate more research.  Working together with patients, families, clinicians and industry is key because together we can achieve so much more.  And one day, I hope that we can rejoice with both prevention and a cure for ARDS.