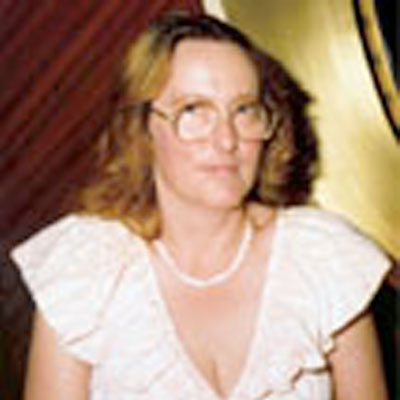 Tina, from Westminster, MD is a two time ARDS survivor. At the age of, 41, Tina went to the hospital on June 1, 2001, for what was to be fairly routine surgery: a stomach hernia. Unfortunately, Tina developed a staph infection which was not adequately treated and then developed both bacterial and fungal sepsis, and then ARDS. Tina does not recall much about that time, because during most of it, she was in a drug induced coma. However, she lost sixty pounds and suffered massive muscle wasting. She also developed seizures from the lack of oxygen to her brain. Tina remained on the ventilator for 29 days, and then was moved to the telemetry unit for 6. Because of her insurance, Tina was sent directly home instead of to a rehab facility. Tina was so deconditioned that she could not feed herself without assistance, or even bathe.

Because Tina never had a trach done, the left side of her vocal cords were left paralyzed from the ventilator tube. She required about 6 months of voice therapy to learn how to talk and eat again. Tina still has trouble swallowing. The most difficult thing for Tina to accept about this was that if the staph infection had been treated adequately, perhaps none of this would have happened.

Tina has two daughters. Kristi is fifteen, and Kassi is thirteen. Tina spent 16 years in the Army. She was going to college full time and working part time as a math tutor when she became ill. Tina has not been able to work since. The first time she had ARDS was very traumatic for her daughters. At that time, they were 10 and 12 years old. Although Tina’s own family is somewhat limited, she has a very large church family who were willing to step in and help with her daughters during that difficult time. When Tina finally came home from the hospital, she could not have made it if it weren’t for all of the meals they provided, errands they ran, etc.

Tina says that they were truly a blessing. They helped to arrange nursing care for her and coordinated with the county health department to have a home health aide come in five days a week to help. Tina could not have kept her family together without those services. The health aide stayed until Jan 2003. She worked with Tina as she began in a wheelchair, then graduated to a walker. She helped her make minor accommodations in her home, so that she could be more self sufficient.

Tina’s oldest daughter, Kristi, had a really difficult time with Tina’s illness and absence. At one point, Tina’s sister had made the decision to remove her from the ventilator because the doctors were convinced there was no hope. Kristi threw such a fit about them killing her mother, that they decided to wait a few days until she came to accept the idea. As Tina says, ” Miracles do happen.” While they were waiting for the right time to pull her off of the vent, she started to improve. Tina feels she would not be here today if it weren’t for Kristi’s lack of emotional understanding of what they were doing. For that, Kristi will always have a special place in Tina’s heart.

The second time Tina developed ARDS began on September 24, 2002. Again, it was supposed to be a fairly routine surgery. Tina was scheduled to have a minor repair to her chest wall. It would normally be an outpatient procedure, but the doctors elected to keep Tina in the hospital overnight because of her medical history. The surgery went fine, and Tina did well for the first night. Then she began to develop a fever, and by morning, her oxygen was down to 78 percent.

Because Tina had this surgery at a different hospital, she was assigned a different pulmonologist. Due to her past episode of ARDS, and the length of time she was on the vent, the pulmonologist was concerned that if Tina were to be vented again, it would be more difficult, if not impossible, to remove her from the vent. He elected a different treatment protocol. Tina recalls most of this, because although she was sedated, she was not in a drug induced coma.

The pulmonologist began massive doses of steroids and antibiotics, as well as C-pap, and then later bi-pap. Even though they were pushing 100% oxygen into Tina’s lungs, her po remained between 78 and 85 for approximately two weeks. The pain of oxygen being forced into her lungs was so unbearable she begged to be vented again. By the third week, her oxygen was up to around 90 , but if she removed the mask to even sip water, it would drop back down to the 70’s. After only a few days, Tina improved enough that they could switch her to a nasal canula on 60% oxygen. Tina rapidly improved and was released from the hospital within a week.

When Tina was finally released from the hospital, she was in an even weaker and more debilitated condition that the first time. Again, Tina’s church family rose to the occasion. They provided meals until Tina was again able to cook.

Now, Tina gets around with a cane, and can even go short distances with it. She still cannot do steps, or walk very far. Tina’s physician finally agreed recently that she needs an electric wheelchair (or scooter) to give her more freedom and independence. She is currently anxiously awaiting it’s arrival.

Tina continues to make her rounds with the specialists in the hope that her quality of life will continue to improve. She also continues treatment for PTSD and depression. ARDS altered her life forever, and she is not ashamed to admit that she sometimes needs help with coping with those changes.

Finding the ARDS Foundation on line was the one thing that made the biggest difference in Tina’s post ARDS recovery. There were so many physical and emotional problems, post-ARDS, that Tina was beginning to think she was losing her mind. It was such a relief to her to read the information provided from the ARDS foundation, as well as the stories of ARDS survivors. Tina finally realized that she was not all alone in what she was experiencing. Tina thinks that was the first time she truly felt at peace since her illness.