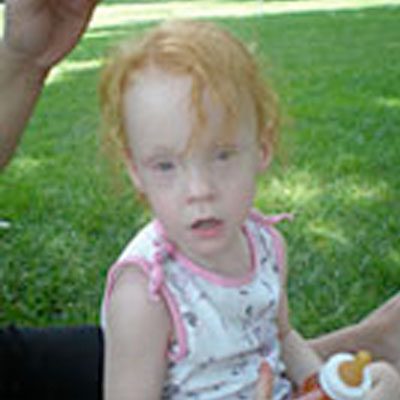 On December 28, 2003, thirty-six year old Susan Sarno was fourteen weeks pregnant and had a hernia on her belly button, which was worse due to her pregnancy.

That day, Susan was hospitalized at St. Anthony’s North in Colorado; the next morning, the surgeon told her that is was his and her OB’s recommendation that she have the hernia repaired.

On December 30, 2003, Susan went into surgery, which was the last thing she recalls.

The surgery took longer than expected. Once in the ICU, they could not remove Susan from the vent; her oxygen had dropped too low and everyone was concerned about the baby.

January 1, 2004, brought many changes; Susan’s family was told that she had ARDS and that her chances for survival were not good. They said that the baby would never survive.

They recommended ending her pregnancy so they might have some chance to save Susan. Susan’s husband and mother had the burden of considering such a decision.

Susan’s mother told her husband that if he chose his wife over their baby, she would never forgive him and she would not fight to live. Susan had already lost one daughter at 3 ½ years of age; she had a stillborn at 8 months. Susan’s mother knew that as long as the baby was alive, Susan would fight harder to live, for both of them.

Susan was put in a drug-induced coma. Due to the pregnancy, she was not treated aggressively. During the next six weeks, Susan ran a fever of 102 degrees or more.

She was diagnosed with sepsis; her kidneys started to shut down. She suffered two hospital acquired infections, one in her lungs and one in her bladder. Her family was told that she had pneumonia four different times. Susan was too unstable to have a tracheotomy. She got a cold sore on her mouth, while still on the respirator, and got herpes simplex in her lungs. Susan also had some nasty dreams during her crisis.

Finally, at six weeks, Susan’s fever was gone. But then her right lung collapsed . And Susan needed five units of blood.

After seven weeks, she was able to get her trach. And she was 24 weeks pregnant so they could deliver the baby.
Susan was transferred to University Health of Colorado on February 24, 2004. She awoke on February 28. Her daughter, Carmen Rose was born five weeks later, weighing two pounds, fifteen and a half ounces.