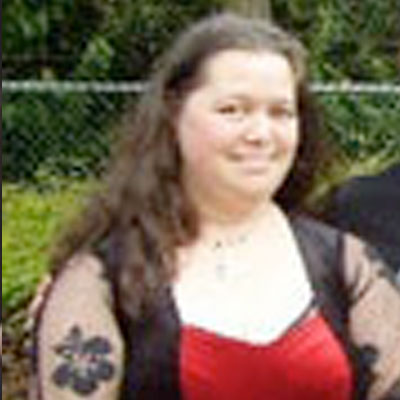 Silvana Breur, who lives in Rotterdam, The Netherlands, is thankful.
In February, 2003, Silvana went to the hospital for her third surgery on her jaw. The previous unsuccessful surgeries were in July, 2002, and August, 2002. At that time, the then thirty-nine year old Silvana hoped that this would end her medical problems.

Her surgeon told her that she would be in the ICU overnight. But that was not to be. Silvana had problems with her lungs coupled with difficulty breathing. Three days after, a trach was performed at the urging of Silvana’s mother.

Silvana was in a coma for fourteen days. She required at least one chest tube. She was in the ICU for three weeks. She spent a couple of nights out of the ICU and then asked her doctors if she could go home early. Since she had a of family help, she was released.

When she came home, Silvana was so weak; she could not dress herself and people came into the house to help her with the cleaning. Though she wanted physical therapy, she received none.

Six months after getting ARDS, Silvana thought she could return to her part time job as a receptionist. But it was too soon. It took a full year to recover. She was diagnosed with diabetes afterwards. She has lost the feeling in some of her fingers and at times, she feels disoriented.

But Silvana feels it was not her time to go, that she has more to do on earth.

Silvana lives in The Netherlands with her teenage daughter and son. She wants to talk to others who have dealt with the same challenges that she has since ARDS.