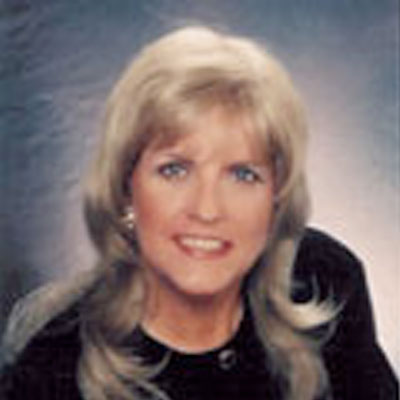 On November 18, 1998, forty-two year old Sherryll went into the hospital for a revision of her intestines.  She had been having problems from an earlier surgery, from 1990. Although the surgery went well, three days later, Sherryll became very ill and was unable to keep fluids down.

Her doctor discovered she had a small bowel obstruction. A second surgery was performed. After that surgery, Sherryll’s temperature climbed to 105 degrees. The doctor removed the central line to determine whether there was any bacteria on the tip. There was and they thought this was the cause of Sherryll’s fever. She then became septic. A CaT scan was performed, which showed she had double pneumonia.

Sherryll was put into CCU. The next day, her chest x-ray showed early stage ARDS. It did not take long for Sherryll’s condition to deteriorate. She recalls being in CCU, fighting for every breath. Sherryll’s sister, who is a nurse, was with her, and she recalls telling her, “Sis, smoking is not worth this, please promise me you will stop.” Sherryll had been a smoker since she was twelve years old. Her youngest sister, Kim, told her that she would quit and than she said that if her O2 stats kept dropping, a ventilator would be necessary.

At 2:00 AM, that Sherryll’s stats dropped into the low 50’s, she was intubated. She does not remember this, but Kim told her what happened after that point. Sherryll was put into a drug induced coma and ten days later, she had a trach put in at which time, she coded.

Her medication was reduced to try to bring me Sherryll out of her induced coma. Only Sherryll did not wake up. The doctors told Sherryll’s family that she had brain damage and the decision was made to make her a DNR. Her system was shutting down, she was going into kidney and liver failure. Sherryll’s sister kept a journal which helped her significantly.

When Sherryll came out of the coma over a month later, she was paralyzed from the neck down. She did not know anyone for several days other than her sister; they asked Sherryll if she knew her sister and the pictures of her grandchildren and Sherryll blinked her eyes to say yes. She was very scared since she could not move. She was completely dependent on her family and the nurses. Sherryll got a bed sore and starting getting drop foot. Luckily, her sister caught both before they became to big a problem.

Sherryll’s doctors did not know why she was paralyzed and they did not know if she was going to come out of it. It was 28 days later that Sherryll moved her big toe. When her legs started waking up, she cannot explain just how painful that was. The doctors told her family that she was indeed a miracle.

But Sherryll still had a long road to recovery. On February 9, 1999, Sherryll was transferred to Oklahoma City to be weaned off the vent, which was extremely difficult.

Sherryll experienced panic attacks. She even told her sister, “Please take me home so I could die there.” But her sister reassured her and told her that every step that she took was one step closer to home. She told Sherryll that her grandchildren needed their ‘Nana.’ So, Sherryll worked hard and after being on the vent for four and a half months, she finally was weaned.

When she was able to set up in a chair for two hours, they transferred me to Jim Thorpe Rehab. They were wonderful at that facility and Sherryll learned to walk, talk and just take care of herself again during the three weeks that she stayed there. On April 14, 1999, Sherryll finally, after six long months, went home. Still, she needed home health and physical therapy for nine more months. Sherryll was able to drive a car nine months from the day she was discharged from the hospital.

ARDS changed Sherryll’s life forever. She was a nurse (LPN) and a floral designer. But her true passion was dancing. She has not worked or danced since her illness. She also lost everything because she was on disability. But with her strong faith and with Gods, Sherryll has begun to live again. Sherryll returned to college in the Fall, 2000. Her first semester, she had a 4.00 GPA-obviously no brain damage here. She currently has a 3.29 GPA. Sherryll carried oxygen 24/7 until September 2002 and she still has to wear it prn.

Although school is challenging because Sherryll has some short term memory loss, it is getting better, because all the reading and studying is helping with those issues. Sherryll has also been diagnosed with Pulmonary Fibrosis and suffers from chronic pleurisy. She wear wigs and has for several years. She is a diabetic and has compassion fractures in my neck and back from the steroids. She lives in consent pain. But Sherryll makes herself get up every day and tries to live life to the fullest. She has three children and four grandchildren.

Sherryll says that in light of all of these ailments, “God has truly blessed me in many ways. I can count seven everyday. I am no longer married. Yes, my life is and has been hard but I also know you are the one in control of your emotions. You can make a choice to be happy or unhappy. Most days I choose to be happy. It has taken many hours of crying, praying and counseling to get to this point. I still have my pity parties, but I see my grandchild smile and say I love you Nana and I feel blessed.”