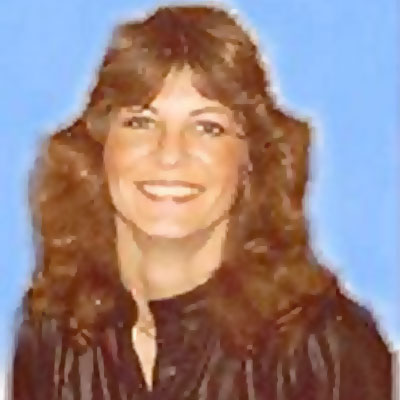 Shelia Haefling called July 30, 1999, the “Darkest Day of My Life.” It was on that day that she stopped breathing; it was her second round with Acute Respiratory Distress Syndrome.

Shelia first ARDS diagnosis was in 1996. She had been smoker for thirty years and could not stop. The smoking led to illnesses that left scar tissue in her lungs. Shelia also worked in a demanding job with UPS, with harsh work hours and often-difficult work environment, and these things wore on her immune system. She went to the ER with severe uncontrollable coughing. They told her that she had pneumonia.

Shelia was immediately admitted to the Critical Care Unit and placed on a ventilator the next day as her oxygen saturation was declining fast. She was in a medically induced coma for the next eleven days.

The doctor explained to Shelia’s husband that the mortality rate for ARDS is extremely high and that he should “prepare” himself for the inevitable.

Both families were actively religious, but this made them even closer to God. And like a miracle, eleven days later Shelia’s vital signs on the monitors started to show improvement. Three days later, Shelia would be sitting up in bed and off the ventilator.

It took Shelia almost a year and a half to recover from ARDS and return to work. But within four months, she began to deteriorate.

She was back at work with the same hectic schedule and long hours with UPS. In order to replenish, Shelia and her husband, turned to horses and horseback riding for recreation, went riding and canoeing. Shelia had caught a cold and her immune system had become more compromised. So, when they went on a weekend trip on the Forth of July weekend, 1999, she ended up with another infection. Ten days later, she had an uncontrollable cough, was dizzy, and light headed.

Shelia went to her physician, who happened to be Indiana’s director of lung transplants. She did not need a lung transplant but felt she could not have a better specialist for her lungs. When she went to the emergency room, Shelia was admitted to the lung transplant floor at Methodist Hospital in Indianapolis, since this was her doctor’s floor. In three days, she was in the Adult Critical Care Unit, in a coma and on the ventilator, with ARDS for a second time!

Five and one half months later, Shelia woke up. She had pseudomonas aeruginosa, a gram-negative bacterial infection that spread fast in her system while she was in the coma. Not only did she have pseudomonas aeruginosa, but also MRSA, and a systemic yeast infection all of which affected her lungs and again, Shelia was not expected to live. This time the mortality rate was even higher. And as before, her vitals changed just as suddenly as they had went she was admitted.

After Shelia survived ARDS a second time, Shelia was left with pulmonary fibrosis and it became inevitable that she would need a lung transplant as a result of the infections.

For the last eighteen months, Shelia had been on the transplant list in Indiana, waiting. She was number one on that list for quite a while and there was at least one time that a donor was available, but the lungs were not a match.

The ARDS Foundation knew that Shelia was a fighter; after all, she beat ARDS twice before, and so prayers were dispatched as well as cards and notes.

However, on November 15, 2002, Jack learned that Shelia had acquired an unusual antibody would cause her to reject the transplant almost immediately and her chances for transplant had plummeted to nearly zero.
The following day, this email was received from Jack: “Shelia passed away today, November 16, 2002, at 12:50 PM EST. She went peacefully in my arms.

“Shelia is survived by her husband Jack, her children Scott Dewees, Dawn Stout; parents Miles and Mary Scott Miller; sisters Debbie Huesman, Rhonda Morgan, Beth Martin; and three grandchildren. Jack delayed Shelia’s funeral at Shelia’s request so that those from near and far could attend what they like to call her “Celebration of Life.”