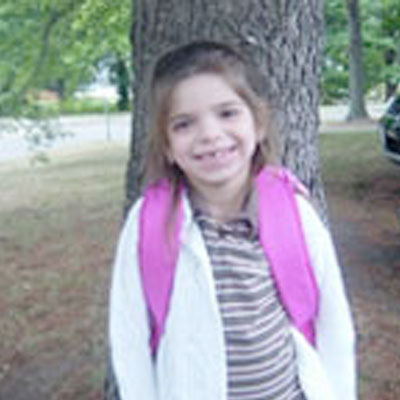 Saleena was born almost a month early on October 20, 2002. She was born by Cesarean birth and weighed only five pounds.

Saleena initially had some difficulty breathing and was sent to the special nursery. At one week old, Saleena was able to go home. But only one week later, Saleena developed RSV. She was on full oxygen within 24 hours and needed to be ventilated. Saleena was flown to Mass General in Boston.. She spent over four months on the ventilator at the PICU. She was surrounded by her lvoing family. Saleena’s gandmother, Linda, is an ARDS survivor.

X-rays were taken daily. The doctor’s looked extremely concerned. Linda’s daughter had watched her mother endure her hospitalization and now she had to watch her daughter fighting ARDS.

The family had weekly meetings and doctors were not always encouraging. But Saleena was a fighter and with the love and support of those who surrounded her, she persevered. Still, Saleena developed blood clots and she required blood transfusions.

The first time the family was able to hold Saleena was the week of Christmas. But soon thereafter, she developed another infection.

Finally Saleena turned the corner; she was on the rode to recovery. She came off the vent just before doctors were going to trach her. Saleena spent almost a month at rehab. Every little accomplishment she made was a celebration. She required much treatment and support, that family learned to administer. She needed breathing treatments several times a day. At five months, she only weighed about eight pounds.. It was a tough, uphill battle but somehow she still was able to smile..

After about six months, she no longer needed oxygen. However, Saleena developed a rare blood disorder called Cyclic neutropenia where her white blood count fall every 20 days or so. If she acquires an infection at the time her blood count is low, she gets seriously ill. Though she has had many setbacks with numerous hospitalization, she has been pretty stable for about a year now. She has had some speech delay and some learning delays but nothing too extreme. Last year she had genetic test done and was told she will out grow her blood disorder.
In June 2007, she performed in her first dance recital. Her family truly feels blessed with another miracle.