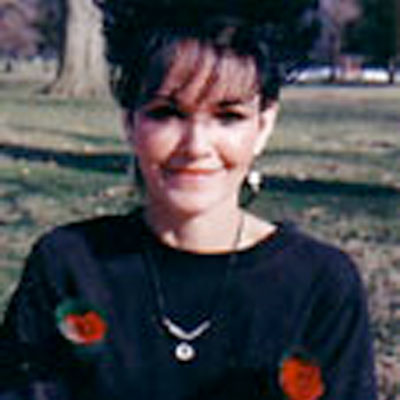 Rhonda said it was just another typical day for her on July 25, 2002,: she did some laundry and then went to work as a flight nurse for a major hospital in St. Louis, MO. Although that day was rough at work, as they had three traumas, and Rhonda felt quite tired, but did put too much thought into it, thinking it was just too much trauma for one day.

After Rhonda went home and had dinner with her husband, Steve, she noticed that her back was hurting a lot, so she decided to relax for the rest of the evening. By 10:00 PM, Rhonda felt terrible, as if she was coming down with a virus or an illness that caused her to ache all over. Since she was exhausted, she fell asleep immediately. Steve said that Rhonda sounded like she was wheezing

At 3:07 am, Rhonda woke up, and the pain in her left side was excruciating to the point that Rhonda found getting a breath difficult, but she felt too sick to get up. Steve was still asleep and Rhonda thought she had a muscle spasm.

At 6:00 am, Rhonda tried to get up and out of bed; she found that she could hardly walk, and had difficulty getting out of bed. Finally, she told Steve that something “really bad” was going on. Rhonda and Steve went to the ER, even stopping at the bank first, thinking it was not that huge an emergency, but much of this is a big blur to Rhonda.

Rhonda had to stay in the waiting room for six hours before seeing a physician and ten hours before getting admitted. As she waited, the pain she was experiencing was becoming increasingly severe.

When Rhonda finally got to see a physician, she was screaming every time she took a breath. As a nurse, she knew she had pneumonia, but it just happened so fast. They gave her a shot of pain medication and she told the doctors, “Help me, I am going to die.”

Rhonda was in the ER for ten hours, waiting for a room, upstairs. Initially, she had left lower lung pneumonia, but by the time she arrived upstairs at 11:00 PM, Rhonda had full blown left lung pneumonia; blood cultures were taken and Rhonda was on O2 and a Dilaudid pump for pain. However, she could not push the button to administer the narcotics, as she was already too ill. She recalls thinking to herself, “Why did they put me on this machine when I cannot push the button?”

On the afternoon of July 27, Rhonda’s 02 level was 90% on 6 liters of 02. The pulmonologist decided to order a battery of tests, according to Steve, Rhonda’s husband. Rhonda was semiconscious at this point, as she could hear off and on, but was unable to respond. Her 02 level continued to drop during the night of the 27th and by 2:00 am on the 28th, it was 83%. Rhonda’s physicians decided to admit her to CCU. Her last chest X-ray showed ARDS and bilateral pneumonia.
Rhonda had pneumonia all the way to the trachea and one of the doctors told her husband that she would have to be intubated, as her lungs had started to harden. They said that if there was any chance of survival, Rhonda would have to be put on a ventilator.

Before July, Rhonda had been in the same hospital with Multiple Sclerosis, which she has had for 9 yrs. Rhonda had done a very extensive steroid treatment, causing her my Immune System to become very low. The doctors told Steve that because of her poor immune system, her M.S. and asthma, Rhonda’s chances for survival were very slim. In fact, they told him that they did not expect her to live through the night.

Rhonda has learned that she was hypoxic (without O2) for 2 minutes, which may account for her memory loss, spelling errors, and other related post ARDS issues, after the ARDS was finally over. On the third day, the doctors and right to life nurse met with Rhonda’s husband and her Mom, who had driven 340 miles, to discuss taking her off the vent. The doctors felt that there was no hope at all.

While Rhonda’s Mom and Steve were talking to the doctors and nurse, a code 99 was called. They didn’t realize at the time it was Rhonda until they saw everyone running into the cubicle where Rhonda was; everyone was stunned, not quite certain what to do.

A physicians told them that her left lung collapsed, and three chest tubes were required, and that Rhonda was septic. Further, the last chest X-ray showed a complete “white out,” as her lungs were so full of fluid and candida that the X-ray looked white.

Though Rhonda’s mother had traveled to be with her, her father had been unable to due to illness, diabetes. During that code, Rhonda saw her father in a wonderful place, but her would not come to her, he would not look at her, but stood in the distance. Rhonda always thought the vision odd, that he was not with her Mother, as they were always together. That dream would later haunt her…

Rhonda pulled through the code and three more days went by with numerous changes in antibiotics, zithromax, levaquin, vancomyacin and two other antibiotics. The blood cultures showed streptococcal pneumonia, a deadly form. Day and night, Rhonda’s husband and family slept, ate and waited in the CCU waiting room. Her Mother almost fainted when she came in to see me and they had restrained her hands because she was fighting to pull her tubes out.

At that point, on the ninth day that Rhonda was in ARDS crisis, there was another family meeting, between the hospital staff and Rhonda’s family. Steve said, “We are not giving up, we are not turning off the vent-she will live and that is all I have to say.”

Rhonda’s family, her husband, mother, two brothers, and sister were so upset by what they would see every time they went in to see Rhonda: feeding tubes, central lines, chest tubes, a menagerie of antibiotics on a round IV pole that was iron. It could hold 14 IV’s. The reality of what an ARDS patient deals with must have been frightening.

On the tenth day, Rhonda’s levels started to come up, her my blood work was still very abnormal but the pneumonia started to break in the right lung. Rhonda’s Mother had to go back home to be with my father and the doctors told her it was safe for her to leave. Rhonda woke up on August 10th and recalls being extubated; she passed out.
Rhonda suffered from an ICU psychosis, causing many hallucinations, and to this day, she remembers all the hallucinations. Even a year later, she still has dreams.

Four days later, Rhonda was moved out of the CCU and was put into a regular room. Her husband had brought her cell phone, and she called her Mother; as she spoke to her, two minutes into the conversation, her Mother became frantic; talking to her Father, he would not respond. He had passed away while they were on the phone. Rhonda can still hear her voice talking to him. Rhonda was unable to attend the funeral.

Only two days later, Rhonda’s insurance company said that there was NO NEED to keep me her in the hospital any longer. Though Rhonda could not even sit up, she went home on August 15, 2002, to a house she did not recognize, she could not recall. As Rhonda looked around in amazement, she felt as if she was in another place, not back home.

Rhonda spent three months in bed, lost forty two pounds, and was so de conditioned that she could not stand up or turn over. Steve had to carry her back and forth to the bathroom. Her insurance company did not provide her with home health care. She had not receive any occupational or physical therapy, and just recently, was able to receive pulmonary rehab for the last six months and though her lungs are not really better, her stamina is better.

She will always believe that coming home from the hospital too soon contributed to some of her health issues. She learned that she still had a spot of pneumonia when she came home. However, her Multiple Sclerosis is in remission for the first time.

Rhonda would like to say that this story is over but she is still seeing doctors as Rhonda has low sodium levels, she suffers hearing loss from all the antibiotics, and has damage to both lungs. Rhonda take many different lung medications, inhalers, and other medications for post traumatic stress disorder, something she recognizes that many ARDS survivors, family members and those in the ARDS community deal with.

Rhonda has stabilized but will never be the same. She is a different person, does not like the same foods, clothes or things she used to. Rhonda has started a web site for Life Support survivors, Kahlia25-EveryExit.com so that others may benefit from her experience and supports those via this site as well as the ARDS Foundation.

Rhonda was taking a nap one day and saw her father walking through the kitchen, smiling. She knows he is in Heaven, and she says that she has felt Heaven and wants to tell others who are experiencing this crisis, not to GIVE UP.

Rhonda’s message is: “We can survive, miracles can happen, I have moved on” Rhonda Hager
Lives are defined by moments we cannot reclaim…..