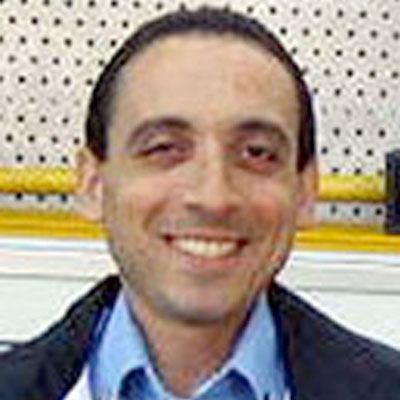 On February 15, 2003, Toni’s thirty-six year old brother, Mike Tufarella, was admitted to a local hospital on Long Island for what he thought was an extremely bad flu. He had chest pains and literally could not walk. Within 3 days, he was diagnosed with bacterial pneumonia. At the hospital, they attempted to aspirate the pus from his lungs and Mike’s family was told that he needed emergency surgery to scrape his lungs. However, within a day, the doctors said that Mike now had sepsis and Mike needed to be on a ventilator. The only thing his family was told in those first two weeks was that Mike was critically ill.

Only after Toni called the patient advocate and demanded to get a doctor on the phone to explain to me what they meant by critically ill, did she learn that Mike had ARDS. Toni had never heard of this before. She immediately got on the Internet and found The ARDS Foundation. After days of emailing doctors around the world and the states, emailing support staff, did Toni realize that their family’s lives were about to change forever. Toni could not let her parents handle this alone, so she took a leave from her job (Federal Law: Family Medical Leave Act) and was there with her family for every bump.

After about 3 weeks into the ARDS roller coaster, the family called a critical care specialist from a local university hospital to consult with Mike’s doctors. He made some changes on the vent and some suggestions for medications.

After about four weeks, Mike was making no improvement, and the feeling was that this hospital, they were giving up on Mike. Toni was given a number for the clinical trial department at Mt Sinai in NYC to inquire if there were any ARDS trials going on. Even though there were not, the doctor in charge of trials was very kind to Toni and she helped to get Mike transferred to Mt Sinai. She spoke with one of the leading pulmonologists there who agreed to accept Mike as a patient. A family friend also helped to pave the way.

Mike’s physicians from Long Island ‘allowed’ the transfer but told the family that the odds were greater than 75% that Mike would not survive the ride which was about an hour drive from Long Island into the city.

However, Mike arrived to Mt Sinai in one piece; he was set him up in MICU and the medical staff was prepared to do what was necessary. Mike suffered many bad days. His 02 sats were not great; he was on 100% oxygen for quite sometime and the good days were outweighed by the bad. Mike was given paralytics and heavy sedatives. The doctors were unable to answer many of the families questions.

Finally, when Mike began to improve just a little, they decided to stop the paralysis and lighten up the sedatives. Eventually, Mike was moving and fluttering his eyes.

Soon thereafter, they were told they were moving him out of MICU and into the Respiratory Unit, a step down unit; This is where they will prepare to wean him off the ventilator. They prepared to wean Mike from the vent. There were days, too, that to look at Mike was difficult, as the distortion from the medication made Mike appear to look so completely different.

They also began all of the therapies with Mike. The physical therapist started coming in, psychiatrist, and everyone told the family that Mike would be coming home. Mike had beaten the bacterial pneumonia, the sepsis, and he was in the process of beating the ARDS.

Toni said that the weekends were the worst; The hospital seemed to be short staffed and as an ARDS patient, often it is difficult to use the call button when one is so weak. But all in all, Mike had more good days than bad ones, and in the last two months of his hospitalization, he had no trouble pressing the buzzer or using the television remote.

On Sunday, June 16, 2002, Mike was seem by the doctors. They discussed weaning from the vent. Mike was in good spirits, especially considering that it had been sixteen weeks since he had been admitted to the hospital. In fact, when Mike’s parents called at 10:00 PM that night, they were told he was fine; but only a half hour later, the hospital called and said that Mike had suddenly passed away. After fighting this insidious syndrome for sixteen weeks, suddenly, Mike’s fight was over.

Toni’s loss is immense but she does not want her brothers passing to be in vain; she wants people to know more about ARDS and she would like to share in the support and education that she received while going through ARDS crisis with her brother Mike.

Mike was a fireman, and after he died, his fire department, the Haulage Fire Department posthumously made him a Captain; Mike had received many special awards for his outstanding work during 9-11 at the World Trade Center, and even though he was a hero to people everywhere, Mike was a hero of the most special kind to his family. And though Mike’s death is indeed tragic, his life was amazing and the loss has been felt by those who love Mike.