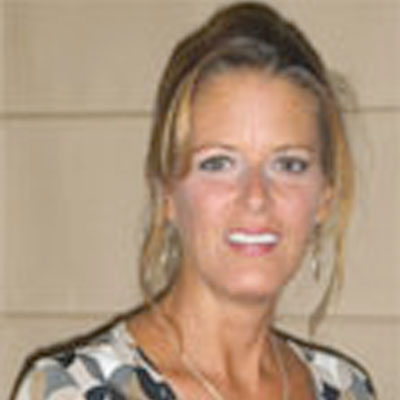 On Friday, March 11, 2005, Mary Jo, 41, her sister, and their children left Memphis, Tennessee for a Spring Break trip to Ft. Walton Beach, Florida. Mary Jo was suffering with chest congestion, but nothing too bad. They arrived Florida Saturday and Mary Jo’s congestion was a little worse. Still, she was able to go to the beach for a few hours. On Sunday, she was getting progressively worse.

On Monday, Mary Jo went to the emergency room, but was able to drive herself. She was diagnosed with the flu and bronchitis, prescribed a cough suppressant with codeine and sent home. By Tuesday, Mary Jo could not leave her bed. She began to have difficulty breathing and lost control of bodily functions. Wednesday, her condition remained the same.

On Thursday, Mary Jo’s sister took her back to the emergency room. Immediately, doctors noticed that her oxygen level was extremely low. Soon thereafter, Mary Jo was diagnosed with pneumonia in both lungs. She spent the night in the ER on oxygen and was still awake and aware.

Friday, she was moved to ER Intensive Care during the night. No more information regarding her condition. That same day, her sister, LeAnn had to return to Memphis with the children and leave Mary Jo behind. Mary Jo’s family was very supportive but unfortunately, not able to spend time “at her bedside”. It was more important at the time to take care of Mary Jo’s children in Memphis. However, she did have a few friends who drove down to be with her during her hospitalization…

On Saturday, Mary Jo was moved to ICU. She was forced into a medically induced coma in order to intubate her. She was diagnosed with pneumonia, sepsis and ARDS.

She was in a coma for 2 weeks. She remembers having the most incredible dream experiences of her life, felt like she was fighting for her life. Mary Jo remained in the critical care unit for three weeks and was moved to another room for another three weeks, until insurance forced her to leave, even though doctors had recommended as many as thirty more days’ inpatient care. Mary Jo made arrangements to leave for Memphis the next day.

Mary Jo’s family made arrangements to have her flown home; her sister, LeAnn, went to Florida to help her to the airport and throughout the entire flight.

During her hospitalization, Mary Jo’s children, Tyler, who was fourteen, and Hannah, eleven, stayed with LeAnn and her two teenage children. LeAnn took Mary Jo in and adapted the house so that Mary Jo would have access with walkers and other medical equipment. It would be three weeks until Mary Jo was able to walk on her own.

After a month at LeAnn’s house and daily physical therapy, Mary Jo was able to go to her own home. It would be another month before she could drive. She then returned to work, part time for one week and then full time after.

Since Mary Jo was hospitalized in Florida, she had to find all new medical care in Memphis which has proved to be difficult, especially in finding care for her post ARDS issues. One and a half years after ARDS, Mary Jo suffers post ARDS complications. She lacks energy, has trouble concentrating, weight gain, and depression.

She calls herself “Lazybones” on the ARDS Foundation message board because that is how she feels about herself. Though she is on the go all day with work and her kids, she is still exhausted much of the time. However, she remains hopeful and is very grateful to everyone, but especially to God, for allowing her the opportunity to continue raising her two children.