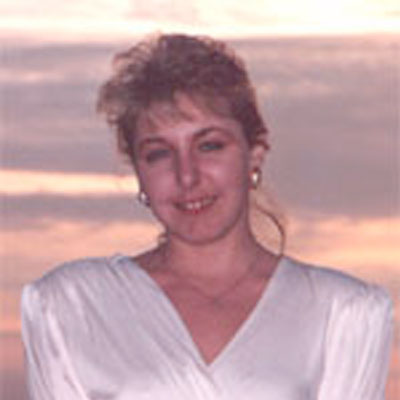 On May 12, 2000, LoriBeth came home throwing up and with a terrible headache. That same day, she found out that her car had died, she received her final divorce papers in the mail, and her student loans took her IRS money of $1350.00. The next morning, she woke up with a fever of 104 degrees; Sunday she was vomiting and could not even get off the couch. A friend helped give her an alcohol bath but LoriBeth knew that something very serious was wrong.

On Monday, May 15, 2000, LoriBeth went to the doctor, who told her to get an x-ray, and on Tuesday, she was told that she had triple pneumonia and was admitted to the hospital. Shortly after that, LoriBeth was intubated. Her parents and brother came in from out of state to be with her and her eight year old son. Her friends kept a vigil with her family.

LoriBeth was in the Backus Hospital in Norwich, CT. for fourteen days, where they saved her life.

LoriBeth experienced a number of vivid nightmares while in her drug induced coma which lasted for twelve days.

Finally, her lungs began to clear. LoriBeth was on the ventilator for fourteen days. Though her recovery was slow, and at times frustrating, LoriBeth is so thankful for everything that everyone did for her realizing that in many ways, what happened was a greater emotional roller coaster for her family.