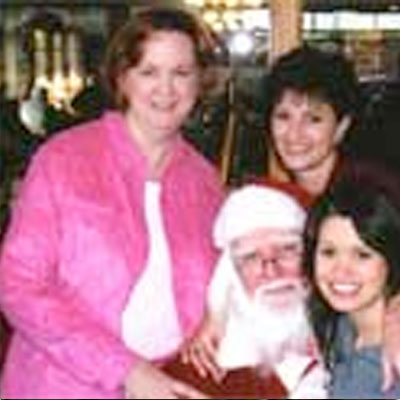 Lisa Snow is a 46 year old wife and mother from Georgia and this is her story.

On September 19, 2005, after helping her daughter move the day before, Lisa awoke with what she thought was a pulled muscle in her back. She kept thinking it would get better but four days later, she went to the doctor.

Immediately, Lisa was sent to the hospital for an MRI. Lisa was told that she had a spot in her lung and they wanted to admit her that day. But because she was an hour from home, she decided to go to her local doctor on Monday. Lisa feared that she had cancer and wanted to be close to her family.

Lisa was diagnosed with double pneumonia and started oxygen. After two days, she thought that she was getting better but suddenly it all fell apart. Lisa was moved to the ICU, put on life support and in a medically induced coma that was supposed to last two to three days.

Lisa learned that she had allergic reactions to two of the many drugs she was on. Her kidneys shut down. She went from 125 lbs. to 160 lbs. quickly. Lisa was sent to Atlanta in an ambulance and remained in the coma for 30 days. In Atlanta, she was diagnosed with ARDS. Her weight then plummeted to 108 lbs and her eyes filled with blood.

Once Lisa started coming out of the coma, she was both stubborn and hilarious. She is still hearing some of the funny things she said and did while she was “not quite myself”.

After hours of Lisa’s family explaining things to her, she did not really understand until a month later when she could walk upstairs and get online. She got all of her medical records and then began to understand the extent of what happened.

Lisa feels blessed. She has some vision issues but otherwise, she is almost 100%. Lisa feels that all of the prayers got her through the most difficult times. She only had to have dialysis twice. She feels that her ARDS was just a movie that everyone else saw and they now are telling her about the specifics. She knows that the love of family and friends and the love of her Lord carried all of them through those dark days.