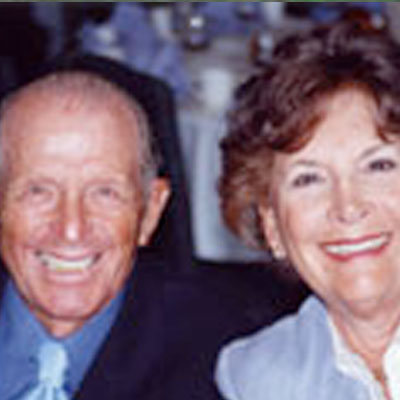 On November 6, 2003, Les found himself with chest pains; two days later, he had triple bypass surgery. Three days after that, Les had pneumonia and two days after than, ARDS. Les’s doctor told his wife of sixty years, Shiffy, that her husband had less that a 2% chance of survival, considering his age.

A few days later, the doctors suggested a family meeting. The doctors said that Les had very little chance of survival. Les’s younger son, Darryl, took Shiffy to a mortuary and got information about making funeral arrangements.

However, Les was not going to give up the fight so easily. Doctors put him into a drug induced coma, and Les received an intensive injection of steroids; Les blew up like a balloon.

Les also suffered from renal, lung and kidney failure. The prognosis was dismal. Les’s family rushed to his bedside, coming from all over the country and the Philippines.

Les could not walk, he could not stand on his own, and he could not talk. But Les was beating the odds; he was alive. However, after fourteen weeks in various hospitals, Les was completely deconditioned. Les received physical therapy for seven weeks and slowly, he was able to walk with a walker. Still, he was being nourished via a feeding tube.

Finally, on February 4, 2004, Les went home. His loving wife made sure he was fed, and she got him moving, walking each day. Home care nurses visited often. When Les went into the hospital, this six foot tall gentleman weighed 160 pounds; after being hospitalized, Les weighed 129 pounds. So far, he has regained only eleven pounds. However, Les is working out with weights to restore his muscle tone.And he is back to playing golf a few times a week, and back at college. Les is hoping to go back to the ocean next summer, where he hopes to once again ‘boogy board’ the waves. He intends to return to the active life he led before ARDS struck.

Since getting out of the hospital, Les has celebrated his sixty-first anniversary with his wonderful wife, Shiffy. Les lives with Shiffy in San Diego, and cherished the time he is able to spend with his family, two sons and two daughter, seven grandchildren, and one great granddaughter child.