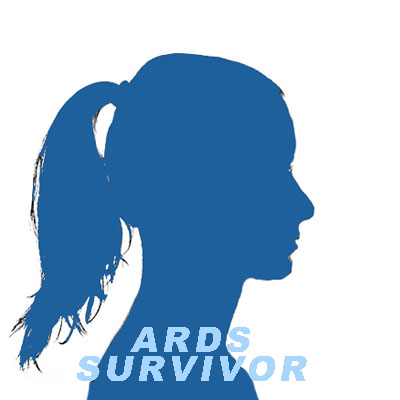 In the middle of June, 2006, 17-year old Kim was diagnosed with pneumonia, sent home on antibiotics, and twelve hours later, had difficulty breathing. Kim’s mom, Laurie, brought her to the local emergency room where she was told that her condition was worsening; Kim was sent to the pediatric unit at Mary Imogene Bassett Hospital in Cooperstown, NY. That night was awful for Kim and she was put on a vent; the next day, Kim was transferred to Albany Medical Center.

Kim was ultimately diagnosed with bilateral pneumonia, sepsis and ARDS. Her condition deteriorated so quickly, even before her parents could process all that was happening, Kim was fighting for her life.

As the days passed, Kim continued to decline. Her chest x-rays showed a complete white out in both lungs and fluid building up on the outside of her lungs. Doctors has difficulty keeping her blood pressure up; Kim required a blood transfusion. Kim’s friends from school came to visit and were in disbelief that their beautiful friend was dying before their eyes. Kim had always been healthy. She was the captain of the girls varsity softball team and played on the tennis team as well. Many prayed for Kim. A friend, who was a Reiki Master come to do Reiki (healing energy) on Kim a few times.

Eventually, Kim began to improve when she was flipped on her stomach-twenty three hours on her stomach and one hour on her back. Fluid was removed from around her lungs. Kim spent about two weeks on a vent and in a coma.

Finally, Kim the vent was gone and Kim came home two and a half weeks after she arrived. She did not need oxygen at home. Three days a week, Kim went to the hospital for physical and occupational therapy and she rapidly improved. Initially, Kim had bad pains in her head, joint pains, difficulty sleeping, some confusion and memory loss and numb spots on an arm due to IVs.

Kim reported experiencing horrific nightmares while in the coma to the point of requiring reassurance that the dreams were not real. She reported a few out of body experiences as well as meeting relatives who had been deceased for a long time. After being home a couple of weeks, Kim’s hair began to fall out, estimating about half fell out.

Kim spent the summer in PT and OT and returned to school for her senior year, earning the number 1 singles spot on her varsity tennis team and was chosen Captain of the varsity softball team. That fall, Kim was elected homecoming queen and everything began to fall back into place.

Kim is now a freshman in college in New York, playing tennis on her college team. Though she does occasionally suffer chest pressure and pain, she is doing amazing! Kim is a fighter and believes that her love for sports helped in her recovery. She was determined to play tennis and softball again and today, that is just what she is doing.