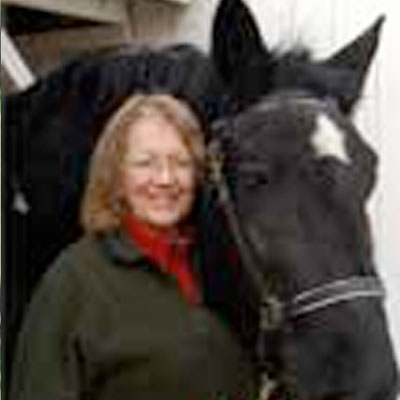 On Friday evening, November 20, 2004, Judy Otteson, then 60, from Yakima, Washington, developed a headache, chills and general aches and pains three days after receiving a tiny, half inch dog bite on the web space between her right thumb and index finger. She had met friends for dinner the night before, left her car at the restaurant, and asked to spend the night at their house. She felt worse in the morning, and that afternoon the friends drove her to the emergency room in Toppenish, Washington. She hardly recalls being seen there.

She bled severely after a simple blood draw, and her blood pressure had dropped extremely low. She screamed from pain when the blood pressure cuff was wrapped onto her arm. Judy arrived at the emergency room in septic shock and was admitted to the hospital for the next eight hours. She received antibiotics, was intubated, and placed on pressors; she was transported to Yakima Memorial Hospital ICU at 10:00 PM. Doctors said that Judy had a 5%-10% chance of survival.

Within three days, Judy was diagnosed with Acute Renal Failure, ARDS, and Disseminated Intravascular Coagulopathy. Her veins were inflamed, and she bled through them, through her skin, through her ears, eyes, and mouth. Her heart stopped twice.

Judy developed severe Purpura Fulminans; from the waist down, her skin developed 3” to 10” blisters filled with blood and fluid. Due to lack of circulation and her blood not coagulating properly, she developed gangrene in her right hand and in both feet.

She was put on dialyses for two weeks and given insulin for her Acute Diabetes II. Wound care took hours each day; Judy received an NG (feeding) Tube.

She remained intubated for ten days, and on her eighteenth day, was airlifted to Seattle’s Harborview Medical Center, where she was admitted to the Burn trauma unit. She had developed 3rd degree burn-like wounds over 40% of her body.

At Harborview, they treated her as for Necrotizing Fasciitis (commonly called “flesh-eating bacteria”) her skin with dead fat and tissue, almost to bone, from her legs and thighs. Judy received skin grafts and had the fronts of both feet amputated. Four fingers from her right hand were as well.

Judy remained sedated and on the feeding tube for another eight weeks. Plans were made to eventually admit her to a nursing home of, if she were very lucky, to an assisted-living facility. Meanwhile, she moved from surgeries, to ICU, to the regular burn ward, and back into the OR.

Rehab finally began in early February, 2005. Muscles had atrophied, and she learned to walk on what was left of her feet. Physical therapy lasted five weeks and Judy announced that she would ride her horse on her birthday, in August.

Finally, Judy was released from Harborview on March 12, 2005, four months after the dog bite. In May, she returned to work as a PTSD (Post-traumatic Stress Disorder) counselor at the U.S. Department of Veterans Affairs “Vet Center” in Yakima.

She rode her Percheron Draft Horse, Major, on her 61st birthday on August 7th and, after staying in a rented room at the home of a friend, returned to independent living with her horse and Rottweiler on March 16, one year after her Harborview discharge. She types 60wpm, using her right thumb, and has recently returned to playing the piano.

Judy is now in the ‘disabled’ category. She can only stand up for five minutes, and walking more than 100 feet is a real nightmare. But she is thankful for the incredible staff at Harborview.

Judy’s advice? “Don’t try to be a tough guy. I’m tough as nails, and look what happened to me. Any injury must be washed, disinfected and followed with an antibiotic. Demand an antibiotic following a dog bite” The dog that bit Judy was healthy. Still all dogs carry bacteria. Judy also urges everyone to stop smoking now; it affects circulation, breathing, and healing.