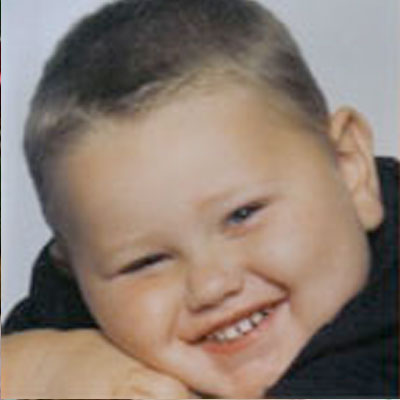 Michelle rushed her four year old son, Joshua Weaver, to the ER at Huntsville Women and Children’s Hospital in Huntsville, Alabama on February 17, 2005, at 3:30 in the morning because he was having trouble breathing.
When they arrived at the ER entrance, Joshua collapsed. He was rushed to the back, immediately bagged and then put on a ventilator at 100%. Joshua was put in a medically induced coma and paralyzed completely.

He was sent to the PICU, and after two days on the vent, Joshua was put on an oscillator at 100%. The Oscillator seemed to be working at first, but his SATs started dropping again the very next day. The doctor then told the family that Joshua had ARDS.

Michelle had never heard of ARDS, but when she saw her son’s x-rays, both of his lungs were completely white. Joshua’s lungs were basically becoming bricks.
Michelle could not believe all this was happening to her little boy. The day before they went to the ER, Joshua was perfectly fine, except for an acid reflux attack that caused Joshua to aspirate the acid. The acid caused a burn to his lungs, which caused him to develop pneumonia and that led to the ARDS.
Joshua was sent by med-flight to Vanderbilt Children’s Hospital in Nashville, Tennessee, to be put on ECMO. Michelle was told to be prepared because he probably wouldn’t survive the flight. The flight was 30 minutes, but the drive took two hours.

When they arrived, the PICU doctor came in and said that they decided to put Joshua back on the ventilator and on nitric oxide. At first, this worked. Joshua was next weaned him off of the nitric, but his SATs started falling again, and they turned the nitric back up again. The next day, Michelle was told that Joshua would be put on ECMO as he was deteriorating.

Michelle was told about ECMO, the dangers as well as the benefits. The doctors also let her know that she might have to make the decision about when to pull the plug because this was Joshua’s last hope.

During the time that Joshua was on ECMO, he received several blood transfusions and platelets. They pumped him full of steroids as well as antibiotics and insulin. He also had breathing treatments every four hours. His lungs improved very little the first few days, but then started improving more and more until after 7 days, when they were able to remove the machine.
Joshua was still on the vent and receiving breathing treatments but the vent was reduced to 60% and her was gradually weaned only a week after removing the ECMO.

Joshua awoke seventeen days after he arrived at Vanderbilt. He was then transported back to Huntsville Women and Children’s Hospital. After another week at Huntsville, Joshua was discharged on the March 23, 2005.

He was able to celebrate his fifth birthday party a little late since his birthday was March 1, 2005. But on March 28, 2005, at his PT and OT appointment, they noticed that his leg was swelling. This was the first day Joshua had walked completely on his own, but he had to go back to the ER. Once there, they found a blood clot from his groin to his ankle.

Joshua was admitted to the hospital and put on blood thinners. Finally, on April 5 , 2005, Joshua was again discharged. As each day passes, Joshua continues to improve. The nurses, doctors, and specialists all call him a miracle. Michelle calls him her hero!

Joshua has suffered from nightmares, even though the doctors and nurses told Michelle that he should not remember any of it. Michelle just says, ” I thank God everyday that he let me keep my baby.”