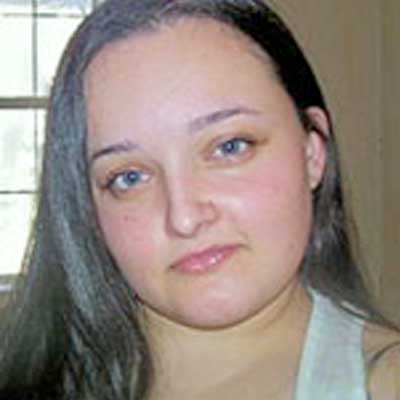 In February, 2008, 27 year old Jordan, who was living in Louisiana when she became ill with what she thought was a bad chest cold. She had difficulty breathing and just did not feel well. Jordan’s husband, Kevin, was deployed at Iraq at the time and she was six hours away from her family in Texas. Because she had three kids, she turned to her friend for help. She stayed with her friend for three days and did nothing but sleep.

Jordan’s friend watched her children and tried to get her to go to the doctor but Jordan did not. She thought maybe she could will herself to get better and brought her kids back home. The five minute drive wore her out and her eldest daughter, who was only eight years old, had to help her up the stairs to her room.

Jordan ordered pizza that night for dinner but barely ate. The following morning she tried to walk down the stairs but passed out. Luckily, her daughter called 911. She also called her friend, who took Jordan’s kids and called Jordan’s parents. Then Jordan went to the emergency room on the base.

Of course, they knew right away that Jordan was extremely ill. Her oxygen was wavering between the 60s and sometimes 50s.

She was administered drugs for hours; her parents arrive about six hours after her admission and spoke to the doctors. They said that she might have had a heart attack so they sent Jordan to a larger hospital. Doctors advised that she was not seriously ill and her kids went back to Texas with her parents.However, only eight hours after arriving home, Jordan’s father received a call that his daughter was doing so poorly that she might not make it through the night.

By this time, the Red Cross was notified that Jordan’s husband needed to know she was in the hospital on life support and her chances of survival slim.

For two weeks, the doctors offered no hope. But then, after about four weeks, Jordan began to improve.

It was slow but steady ad after about two weeks more, she got off the vent. Jordan’s husband, Kevin, was sent home to be with her and their children.

Jordan was admitted to the hospital on February 21, 2008 and discharged on April 21, 2008. The doctors and nurses were surprised and amazed.

Jordan’s ARDS was due to sepsis caused by an infection from an infected tooth.

Jordan was sent home on oxygen for three weeks and then was able to wean completely. Jordan has improved and is almost back to ‘normal’ after eight months. Even though she gets winded from time to time and sometimes experiences emotional issues due to nearly dying, she is doing quite well. However, Jordan admits to fear of ARDS again and dreads that first anniversary date of February 21, 2009.