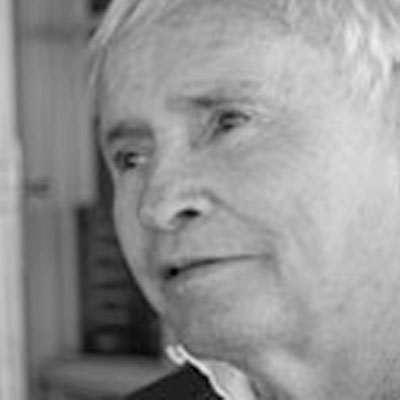 Jim’s ARDS roller coaster ride began on Christmas Day. His daughter-in-law, Martina (Marty for short) was working the late shift, as she was an ER nurse. When she finished work to pick up her three girls and her husband, she asked Jim if had too much ‘holiday cheer?’ “No,” he said, “I just feel all achy, hot and cold.” Marty told Jim to take it easy, but a couple of days later, when Jim was still ill, a visit to the doctor produced a diagnosis of ‘the flu.’ Still, Jim would not rest, and on New Year’s Eve, he was short of breath. He learned he had an infection and finally got on some antibiotics but a couple of hours later, while walking the dog, he collapsed. At the emergency room, he received oxygen, and was admitted into ICU, mostly as a favor to Marty, who worked at that hospital.

Right before midnight, everyone left thinking it was pneumonia. At 5:30 AM on New Year’s Day, the telephone rings. Jim has been placed on a CPAP machine, he had gone into cardiogenic shock, he needs intubating and transferring to a specialty ICU. When Marty saw the x- ray, she knew it was not good. She stayed with Jim while they prepared to intubate him, then took a couple of steps back to give them a bit of room to do their work. This is when Jim went into a cardiac arrest, which was difficult for Marty to witness but also for her workmates who knew she was watching. Finally someone put their arm around her and guided her out of the room.

Marty eventually went to pick up the rest of the family; she could not tell them what had happened and did not tell her husband, Seamus, until the following day. When they arrived in town, the doctor sat the family down told them Jim had had full blown ARDS, that he had a massive heart attack and predicted: “He won’t survive the night”
This they were told many time. Comments like “you are only prolonging his death” and “He will be severely brain damaged” and “he will have no quality of life” and “will never leave ICU” were often told to the family.

Jim spent the next 131 days in ICU and fortunately for him, he has no memory of this at all. He had a whole list of complications along the way: another 2 heart attacks, Renal failure (dialysis), cardiac failure, DVT’S, stomach ulcers, trachy infection, gastrostomy, complete neuropathy anemia – requiring multiple blood transfusions, and he picked up a nasty hospital infection in his lungs and bladder.

But Jim has proved all of the medical professionals wrong and he made it out of ICU. He has had a couple of little set backs since being discharged from ICU. But that has been fairly insignificant compared to what he has been through. So, after 209 days, Jim transferred to a rehab hospital. And though he still has far to go, he will be able to enjoy his wife, his children and his grandchildren. He still has a lot of living left to do and lot of wisdom to share.

Jim is now in rehab, beginning to use a walker, and take aqua classes to twice a week. This weekend is Father’s Day in Australia and the family is looking forward to a BBQ celebration with Jim; the following weekend is Jim’s wedding anniversary and the family hopes to bring him home for that celebration as well. In any event, next Christmas, they feel certain Jim will definitely be home. The journey was a long one, but definitely worth it. As Marty says: “All things are possible until they are proved impossible.”

Jim spent his first nine months of 2001 in the hospital fighting and successfully recovering from ARDS. His doctors called him their miracle man. He spent the next year learning to walk, talk and swallow.

Jim’ son, Seamus, made a promise to him that one day he would bring him back to Ireland (they have lived in Australia for the past 35 years) to visit his brothers and sisters once he was well enough to make the journey. And in May, 2007, they made the journey. Jim was excited as he had not seen some of his siblings in over 35 years. To break up the trip, they had a stop over in Singapore. On arrival in Ireland, Jim was obviously tired but thrilled to meet his brothers & sisters. He had a slight cold and jet lag but otherwise felt great..

He had yet to meet some of his brothers who lived further up north and the plan was to travel further north on the weekend, but on the spur of the moment on the second day they decided to change plans and visit the brothers that day. On the third day Jim’s cold got worse and he had a fever; his sister booked an appointment with her doctor, who after a quick listen to his chest suspected he had pneumonia and had him admitted to hospital. No one was overly concerned at this stage as Jim had good O2 levels and he was in good spirits.

In retrospect, the admission was exactly the same as his admission in 2001. Then history repeated itself… in the early hours of the morning he collapsed and was placed on the ventilator, family was called and prepared for the worse. It was like dejavu, only this time he was thousand of miles away from his family in Australia. There was a frantic dash in getting passports and booking flights for his wife, daughter and her family. The next two months was a rollercoaster ride just like the first time; there were the talks about “not to resuscitate” they got the same grim picture, he had the dialysis, the cardiac arrest, but this time he had more severe heart problems and it was this in the end that took him away from his loving family.

His remains will return with his family at the end of this month so another service can be held in Australia. Although a special man was lost, his family is thankful for those extra ‘bonus’ years they were able to enjoy with him. Jim has shared the birth of two grandsons, five Christmas, many birthdays, two granddaughters starting high school, his daughter settling into her own house with her partner only walking distance to them, many memorable moments in nearly six years.

On July 17, 2007, Jim McAuley’s funeral was held in Northern Ireland in the church he was married and both his children where christened. The world is indeed a poorer place…