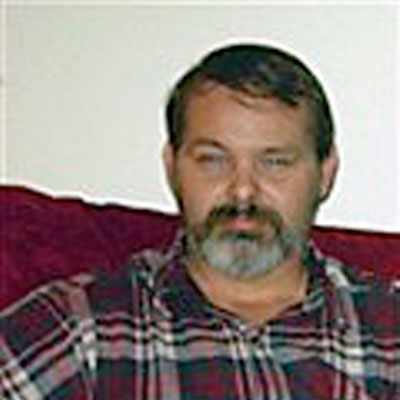 Jeffrey Rogers, 45 years old, lives in Modesto,CA. On Thursday, January 31, 2002, Jeffrey went to the doctor for injections into my back to relieve the pain from three ruptured discs. He watched as the doctor came in the room where they were prepping him; the doctor was eating, sandwich in hand and mouth. Shockingly, the physician did not even wash before starting the injections. Then, after hitting something with the needle inside Jeffrey’s back and causing him to react by nearly jumping off the table, the doctor pulled the needle out. He set it down on the table and, after telling Jeffrey what had just happened, he reinserted the needed and injected the solution.

Before leaving the doctor’s office, Jeffrey was given information advising what to look for at the injection site and what to do if anything happened. Jeffrey, his wife, Carol, and his mother-in-law went to lunch after the injections. While they were at lunch, the pain grew intense. Upon arriving home, Carol called the doctor to tell him that the site of the injection was red and hot and swollen; new medications were prescribed but they did not offer any relief. On Friday, Carol called again but the office denied seeing her husband and hung up on her. She called again and the nurse told her that Jeffrey had the flu and needed to see another doctor. Carol continued to call throughout the weekend.

Jeffrey’s wife then went to the doctor’s office and was told her husband was not a patient there anymore. Finally, on Monday, Jeffrey was told to go to the emergency room by his internist. By this time, Jeffrey had high fever, sweating and delirium. The ambulance driver thought Jeffrey was on drugs. At the ER, things got worse. The doctor in the emergency room sent him for x-rays and at that time, Jeffrey began to vomit and was told her aspirated. Jeffrey was then admitted into the ICU where his wife was told that he had ARDS and they needed to induce a coma. Jeffrey and Carol prayed together and even though Jeffrey protested that he did not want to be kept alive with life support, his wife told him to trust her.

Carol went through hell for the next 28 days while Jeffrey rode the ARDS roller coaster. And during this time, Jeffrey would incorporate the events occurring in the ICU into him dreams and nightmares. He was diagnosed with Sepsis. Jeffrey was struggling to get off the vent but finally he did. It took another week to clear his head of the strong medications and longer for him to regain his ability to walk and move.

Jeffrey had to be transferred to another floor to get his diabetes back under control and then a week later, he was discharged. It took about two months after Jeffrey was home for him to feel stronger, but then at about one year, post ARDS, Jeffrey began to feel like he was falling apart. He felt pain where no pain existed before. His eyesight began failing even though he did not have complications from his diabetes. He began to suffer from an inability to concentrate.

Jeffrey is hopeful that these post ARDS issues begin to improve. He offers that ‘prayer does work’ and offers ‘Don’t give up on your ARDS patient…’