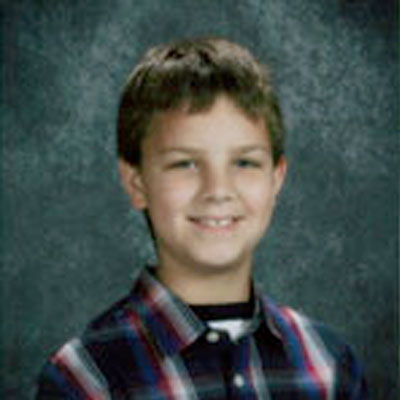 The World is a Poorer Place: On November 22, 2006, ten year old Jacob landed on his head after falling off a horse. He fell when the saddle broke and landed head first on a concrete septic tank lid. He was life-flighted to the hospital. Jacob dealt with many medical concerns including brain swelling, damaged kidneys, fluid build up, pulmonary edema, infections before the ARDS was diagnosed. On the third day of his hospitalization, his family was told that he had pneumonia. On the fifth day, they learned he had ARDS.

Jacob had been on a regular ventilator at 100% oxygen for about the first three weeks and then was placed on a high pressure ventilator and nitric oxide until the end. Jacob’s kidneys had stopped putting out urine and filtering correctly, so doctors put him on dialysis to clean his blood and drain the excess fluid in his body.

For the last week, he was still urinating somewhat, all his numbers were strong and then suddenly, Jacob crashed. His doctors brought him back but then, two hours later, Jacob died. Doctors said that his organs failed to get sufficient oxygen.

Though Jacob fought incredibly hard to beat all of those medical challenges he faced, he lost his battle with ARDS on December 26, 2006.

Carolyn, his mother, said that she had never heard of ARDS before Jacob was diagnosed. She said that she has known several people who lost a child but never thought it would happen to their family and states: “My heart breaks for those that have lost someone, especially their child and especially someone at the hands of ARDS; it is such a horrible thing to go through and watch – helplessly”.

Carolyn created a website for Jacob soon after he was diagnosed. Please visit Jacob’s site atwwww.caringbridge.org/visit/jacobirwin