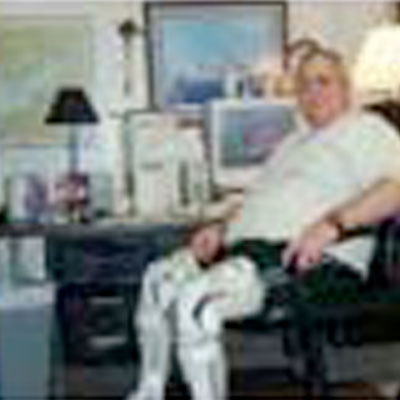 57-year old Greg Fleckenstein was admitted to the hospital on April 8, 1998, for what was supposed to be a rather routine arterial bypass on his right leg. Prior to the surgery, Greg was a Professor at Baker College, teaching mathematics, when he suffered a stroke during a 1994 lecture. That abruptly put an end to his 24-year career. Greg had also been an avid pilot and had designed an aviation program at the college as well. Since Greg’s stroke, he has not flown a plane, or even driven a vehicle.

Post surgery recovery appeared normal and Greg was discharged on April 11th. Greg’s wife, Nancy picked him up from the hospital and she was confused because Greg had not packed and was not dressed; during the 25 minute drive home, Greg acted odd and Nancy could not comprehend much of what he was saying. At the house, Greg needed the assistance of three neighbors to get out of the car. They carried him into the house and placed him into the recliner. Four or five hours later, Nancy needed assistance again to move Greg.

Finally, at 9:00 PM that night, Nancy called the hospital to tell them what was going on and a half hour later, Greg was back. He was being connected to a vent, chemically paralyzed to prevent his ‘fighting the vent.’

On Easter Sunday, and the following Monday, Greg’s oxygen level continued to fall. Nancy and one of Greg’s daughter’s were called for a meeting with several doctors, and they said that Greg was not expected to survive the night.

As relatives from near and far heard, they flew in to say their good-byes and assist with funeral arrangements.
Greg’s first recollection was awaking with a painful and scratchy throat, unable to move his body or to communicate at all. He had no idea why anybody was there or how many days had passed. Greg’s older brother explained all that had happened to him; the nurses would go through the alphabet with Greg.

Nineteen days later, Greg had shown enough improvement that the vent was removed and he spent another two weeks in the Progressive Care Unit. Greg has some permanent lung damage that makes it difficult when engaged in even the slightest exertion and still has a lot of anxiety daily as memories of almost not being able to breathe or move or communicate come over Greg.

After this first episode of ARDS, Greg has amazingly had two subsequent episodes with ARDS. The second was in June 2000, and the third was in June of 2002. After the June, 2000, episode, Greg had signed a DNR, but his wife and son challenged the DNR and the physicians agreed to wait for five days to determine if Greg would be able to make improvement, which he did. Currently, Greg lives with Type 2 diabetes and a urostomy bag due to the fact that his bladder and prostate were removed from cancer years ago.

Greg believes that he obviously has much more important work left to do on this earth, which is why he has time and again fought the ARDS, with the love and prayer of others as well, and he knows that he still has a story to tell and support to lend.

On March 22, 2003, Greg Fleckenstein passed away. Our condolences go out to his wife, Nancy, and his family and friends. Greg’s work touched so many and he will be missed by us all. He knew that through music, people could relieve their suffering, and he helped so many suffer a little less. Greg was truly doing G-d’s work, and we are grateful for that. The status of the Music Ministry has not yet been determined but as soon as we learn, we will let you know.