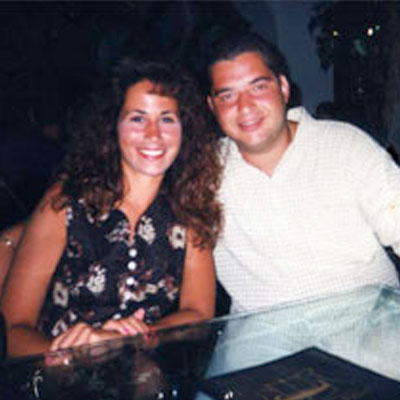 After dating for five years, Gerald and Mary decided to get married. On September 18, 2009, the happy couple married. Gerald was 31 years old; Mary was 29 years old. Their life’s beginning was picture perfect. After a wonderful honeymoon to Aruba, the couple ended up in the emergency room in Perth Amboy, New Jersey, where they lived; Gerald was having trouble breathing. After a number of tests resulted in negative findings, Gerald was discharged with an inhaler for his asthma.

Three months later, near Christmas, Gerald was setting up their basement for a New Year’s Eve party the two were planning. Because the house was older and required a lot of work, planning for the party required a lot of work and effort. Gerald returned to the emergency room at Rartian Bay Medical Center in Perth Amboy, NJ, where he was diagnosed with bilateral pneumonia; he was admitted into the hospital on December 23, 1999 and transferred into the Intensive Care Unit on December 26, 1999. Gerald had numerous tests, including HIV, and all were negative.

Gerald’s doctors were trying to figure out why he was so critically ill. At this point, Gerald had asked Mary to sign a consent to allow them to intubate him. Mary recalled that the idea of this frightened her; she did not want him to have to go on the vent. But Gerald wanted it and he was obviously so uncomfortable, having extreme difficulty breathing.
On January 2, 2000, Gerald went into surgery to have a tracheostomy and a lung biopsy. Everyone hoped that the biopsy would offer more information as to what, medically, was going on.

After the surgery, Gerald was being transported to the intensive care unit when he suddenly coded and died. Mary was in shock; she was heartbroken. She never imagined losing the man that she loved, and especially after only a couple of months of marriage.

Later Mary met with Gerald’s doctors who told her that the conclusion they came to was that due to Gerald’s death from ARDS was a result of compromised lungs, from smoking and COPD, and his long history of bronchitis/pneumonia dating back to his childhood, and a condition known as CGD (chronic granulomatous disease). The autopsy further revealed that he had pulmonary aspergillosis, which is a fungal pneumonia common in people with CGD; the work in their older house had fueled his illness.

Mary wants others to know that even during this difficult time, she never gave up hope, she prayed and encouraged Gerald to fight by way of her strength, hope and comfort during this frightening time.