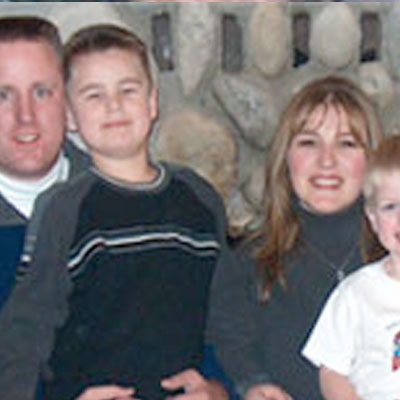 In January of 2000, Gene Bass heard the term “ARDS” for the first time in his life. It was one week after his Mom Geri had been admitted to the hospital for flu like symptoms. Her doctors told us she only had a 10% chance of surviving.

Gene was with his Mom when she was told that she would have to be put on the ventilator to help her breathe; what Gene did not understand at the time was that this meant “life support.” Everything happened very fast, when he returned to her room he found his mother in a drug induced coma, receiving 100% oxygen. There was no good news for almost two months. Like many families of ARDS patients, Gene found himself attending four meetings with doctors to discuss “options.” The only option Gene had was to not give up on her as long as she was still fighting.

In 1986, Gene was in a serious car accident, where he had crushed his lungs, broke many bones including his back and suffered a serious burn to his leg. He spent nine days on ventilator and was giving those same odds, ten percent survival.

Gene spent 120 days in the same two hospitals that his mother was in for almost three months. Gene always told her that he “owed her 120 days,” but never thought he would actually have to fulfill that IOU this early in life as his mother was only 55 years old.

Gene read everything that he could about ARDS, the lungs and infection, hoping to learn about every aspect about his mother’s illness and this terrible syndrome. Knowledge became Gene’s best weapon in his mom’s fight to survive and for keeping his sanity.

After two months, Gene’s mother started to slowly get better. Though still not convinced that she would live a normal life, the doctors were now cautioning the family about the possibility of anything from brain damage to a life on oxygen.

But today Gene’s Mom is doing very well. Other than some residual problems from lack of physical therapy while hospitalized, she is perfect. Her recovery is nothing short of a True Miracle.

Since his mom’s battle with ARDS, Gene has continued to offer support online and in person to people and families who find themselves dealing with ARDS.  Gene and his family reside in Northern California and are happy to correspond with others who are in need of support.