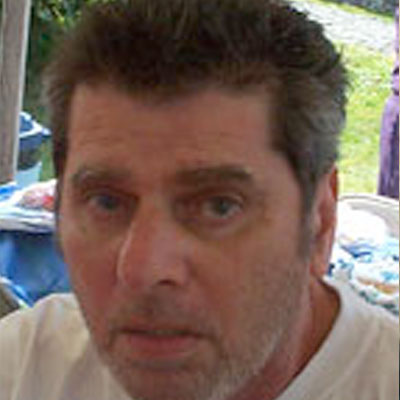 Frank and Robin moved to Plains, Pennsylvania in 1995 and found one another in 2000. After a triple bypass and several strokes in November 2003 Frank was making an amazing recovery; on Christmas Day, Frank was able to get a pass to come home from the hospital to spend the day with Robin and the rest of their family. With two and a half grueling weeks of relearning how to walk and talk, recovering from his surgeries, it was to be a joyous holiday for the entire family.

However, what began as a wonderful day quickly turned into a terrible nightmare. Frank’s pass home was shortened because he had become short of breath. That same day, there was also a bad snowstorm. Once back at the hospital, Frank was quickly put back on 02 and was watched closely watched.

At 6 AM, Frank called Robin to tell her that he was scared because breathing was becoming more difficult. The nurses told Robin to get to the hospital; they were not sure what was going on. As she got off the hospital floor, Robin heard a code blue being called and she knew it was for Frank. He had stopped breathing. Robin did not know what was happening.
Frank was rushed to ICU after they got him breathing. After a long wait, Robin was told that Frank was in heart failure; when she finally saw him, he was back on the ventilator but holding his own. By that night, Frank got off the vent and was on a Bi-PAP.

At 6 am the next morning, Robin received a call from the hospital saying Frank had stopped breathing again. They did not think he would pull through twice. The doctor met Robin and they said that they did not know what was wrong, only that Frank now had pneumonia. Frank needed a bronchoscopy and chest tubes. Just before New Year’s, Robin first heard the word: ARDS. Robin was sent home with a Pamphlet and told to call him with any questions after she read it; he felt it would be easier that way. But Robin went out to the waiting room, read for about five minutes and went back in… “I don’t like this” she told the doctor. She tried to reason with the doctor, that he was wrong and that Frank had something else.

This was when the real roller coaster began. This was Frank’s second time in ICU and so Robin knew the staff well; they were always honest with her. There were a few times that Robin was told that there was no way that Frank was going to survive. His body kept shutting down, his lungs, heart, liver, kidneys, and bowels. The blood pressure medications were being used at the highest level to try to keep his blood pressure up.

After a week, when I knew he was not getting any better and a trach was put in. After 6 weeks, Frank started to get better as quick as he got sick. Robin was searching for a rehab hospital, when he suddenly got better to the point that he got off the vent on his own.

After 7 weeks in ICU, and three months in the hospital, Frank went home. He only weighed 113 lb., down from his original 157 pounds.

Frank received at home nurses, and PT and OT came to the house to care for him. After about a month, Frank ended up back in the hospital for heart failure. Then the day before Easter, he was hospitalized for a ruptured gallbladder which resulted from the major weight loss and stress on his body.

Six months before Frank even had all of these problems, Frank had a total hip replacement, followed by a hernia operation. In less the one year, Frank was in the operating room a total of 12 times. Frank is truly an amazing person, a miracle is what most people call him.

Between Robin and Frank, they have eight children; Frank has a son, Keith and daughter, Chelsea; Robin has five daughters, Jennifer, Candice, Hope, Amanda, Bobbi-Jo and together, Frank and Robin have a daughter, Danika. The ages range from 28 years, to three. Robin has three grandchildren as well, Alexandria, Janelle and Patrick and they call him Pop Pop Frank. Frank and Robin also are lucky to extended family who served as wonderful support to both Robin, Frank and their family in their time of need.

Before ARDS, Frank had done many things throughout his life, from photography to writing Country Songs, and most recently, refinishing and maintaining floors for Stores. He was also the best cook around. After ARDS, Frank has retired. He is trying his hand at cooking again, he loves to go camping, and is trying to relearn how to do some of the things he forgot how to do, due to the strokes he suffered while hospitalized. The best thing, as Frank says, is that he is getting to watch our littlest one grow up, and he is having a grand time spending his days with her.

Above all, because of all of the wonderful support and encouragement from those in the ARDS Community and from family, friends and Frank’s doctors, Frank is a survivor!