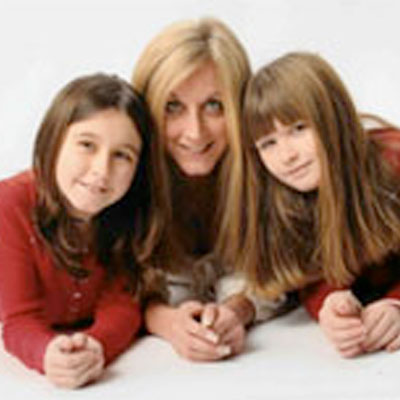 At thirty-three years of age, Eileen left the Cook County State’s Attorney’s Office as a criminal prosecutor in order to create her own private law practice. Married for only a year to a Chicago police officer, she was healthy and active. Therefore, when her lower back started to hurt her, she applied heat, continued talking to clients, and kept going to court.

When the pain increased, she went to her internist, who examined her and sent her home with muscle relaxants. As another five days passed, the pain not only increased ten fold, but also moved into her chest, causing difficulty breathing and decreased functioning. Another visit to the doctor only produced more of the same medications.

The next twenty-four hours proved critical. She deteriorated quickly and was unable to drive and barely able to walk. A visit to another internist revealed her blood pressure to be only 70/50. Blood was taken and a chest x-ray done. When Eileen finally entered the hospital emergency room the next morning, her white count was three times higher than normal.

Once at the ER, Eileen was placed on oxygen and admitted directly into the Medical Intensive Care Unit. That evening, her kidneys failed. A little over twenty-four hours later, she went into respiratory arrest and was intubated. Although a definitive precipitating cause was never revealed, Eileen was diagnosis with both Sepsis and Acute Respiratory Distress Syndrome. Eileen’s husband, parents, two brothers, and twin sister were told the prognosis of ARDS: her chances of survival were not good.

Eileen was forced into a drug-induced coma, insulted with tubes and assaulted with machines throughout her body. As the days turned into weeks, the physicians told her family the grim reality of her illness: it was time to start thinking about removing her from the ventilator; it was a “quality of life issue” because if she did survive, they said, she would likely “never breathe on her own again.” Her family refused to give up hope and sat with her each day, all day, talking to her, singing to her, just holding her hand. A tracheotomy was performed after she was hospitalized for about two weeks since it was clear she was nowhere near getting off the ventilator.

After four weeks, the doctors finally gave Eileen steroids, which allowed a minimal improvement, and that allowed them to bring her out of her coma. Still, her condition was extremely critical. Almost immediately, she suffered a psychotic episode.

Following the hospital psychosis, both lungs collapsed a second time and she was losing blood. Five chest tubes, eight blood transfusions, high fevers, and more infection followed. Another four weeks on the ventilator, and Eileen was finally able to breathe on her own after having been vent dependent. She spent a ninth week in the hospital and months of recovery to restore a body that was down to 82 pounds.

Eileen did not go back to work for eight months, but began working part time at a less complex job to ease herself into the day to day tasks of working at four months after getting out of the hospital. However, she was able to get pregnant only six months following her release from the hospital. She now has two daughters, Lily and Dana, works part time as a trial attorney, and is President of the ARDS Foundation. She feels extremely lucky to have very few major medical concerns as a result of her experience with ARDS and tries to support those who are dealing with ARDS as patients or family members every day.