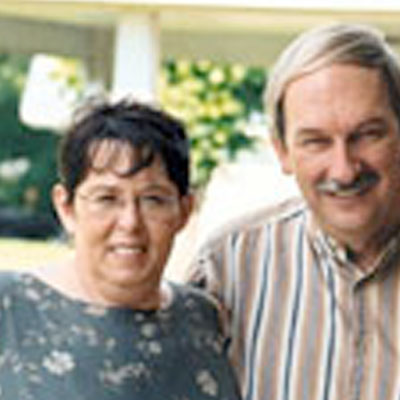 On Thanksgiving Day 2003, getting ready to go to her daughter’s house for dinner, Donna Brady noticed she was short of breath. This was not anything new, as Donna had already been treated for COPD for the past year and a half and was on oxygen at night.

However, as the day progressed, Donna’s shortness of breath continued and she felt so tired.

The day after Thanksgiving Donna thought that she felt a little better; she would see her primary physician on Monday, at the small primary care center where she worked. But, on Monday, Donna felt so bad; she did not have the energy or breath to get dressed and go to work. On Tuesday, she called her friend, also a coworker and told her she could not come into the office. Her friend immediately said to get dressed, she was coming to get Donna.

Although Donna’s doctor wanted her to go to the ER, Donna assured her she would be find with some antibiotics and prednisone. The next day, Donna went to work. She worked the rest of the week even though she was still very short of breath. She thought she could ‘tough it out’ until the medications started working.

The following week, Donna still worked every other day, but felt terrible. She was encouraged by her coworker and doctor to the ER, but Donna did not want to wait hours to be seen.
On Thursday evening, Donna asked her sister to stay all night with her; she felt quite ill. At about 6 am on December 12, 2003, Donna asked her sister to call an ambulance. The ambulance took Donna to St. Mary’s Hospital in Huntington, WV.

At the ER, a chest x-rays determined that Donna had pneumonia and respiratory failure. Donna’s son was told she would have been dead within 3 or 4 hours if she had not came to the hospital.

IVs were started and Donna was intubated; she was put in a drug induced coma. Donna’s husband, Don, who had been in Canada, arrived at the hospital later that day where he spent the next ten days with Donna. On Dec 22, 2003, Donna got a trach and feeding tube.

Finally, on Christmas Day, Donna opened her eyes and tried to figure out what was going on. Though she tried to move, she could only move her head from side to side and her right arm. Donna thought that she had a stroke. Donna’s husband then asked her if she what day it was and explained it was Christmas. He told Donna what had happened for the last two weeks. Donna’s sister and three children came to see me that night. They communicated by using sign language. Donna was so thankful for her family, who were so supportive.

At this time, Donna began having terrible nightmares, one making her so upset that her husband was called to the hospital at 6 AM to calm her down.

On January 1, 2004, Donna was moved to the Pulmonary Care Unit. Several of the nuns stopped in Donna’s room and told her that they believed it was a “miracle” that she had survived. On January 8, 2004, Donna and her family celebrated Christmas with her in the hospital.

About one week later, Donna’s trach was removed and she was moved to a Skilled Nursing Unit. There Donna received physical and occupational therapy for the next month. It was a slow progression but soon Donna was walking on a walker. Donna continued to make progress and on February 13, 2004, she was released from the hospital. After sixty-three days, Donna returned home with a walker and oxygen; Donna was very weak, but at least she was alive!

After Donna was home, she began to search online to find others with similar experiences, and she found the ARDS site. After reading some of the stories so similar to her own, Donna no longer felt so alone and knew that the nightmares while in the hospital and since coming home were not uncommon, as well as the memory loss and numbness in her legs. Many of Donna’s questions were answered and her fears calmed.

Donna has been unable to return to work and is now on disability; Donna lives in West Virginia where she spends her time with husband, Don, enjoying her family, her three children who are 26, 21, and 15, and her husband, and scrapbooking all of their memories.