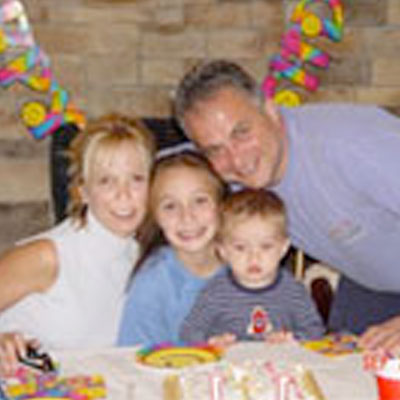 Diane, a 37-year-old woman married to a wonderful man for the past 3 years, has a 10-year-old daughter from her previous marriage and a 23-year-old stepdaughter; everyone welcomed their new baby brother in March of 2002.

Diane’s pregnancy was fairly routine and because of her age, she had all of the prenatal testing. They were assured that everything was fine. They anxiously awaited the birth of their son. Approximately three weeks before delivery, Diane noticed an extremely inflamed perineum. She contacted her OB’s office, but they informed Diane that this was normal and not to worry. She also tested positive for strep B at around 20 weeks.

Diane’s husband is a family physician and placed trust in the medical staff to provide the best quality of care. Diane did not “use” her husband as her physician and therefore, never had him check her to see if he thought there was a real medical concern.

The horror began shortly thereafter. At 3:00 AM, on March 28, 2002, Diane delivered her son. The OB stated that Diane did a wonderful job pushing. But to Diane, something felt different; the pain was much different from her daughter’s birth.

Twenty-four hours later, Diane developed shaking chills, and a fever of 101.2. She was told that it was probably her milk coming in. A CBC was obtained and a White Blood Cell count of 20,000 was revealed. However, neither Diane nor her husband were informed of this.

At home, Diane continued to run fevers and developed extreme pain. Two days later, Diane called her OB who told her to come in the following day. He admitted Diane to the hospital with cellullitus of the episotomy site. Soon thereafter, Diane had an infectious disease consult, and that is when things get blurry. Sepsis set in, bilateral pneumonia, pulmonary edema, coma, ARDS, hypertension, and Diane ventilator dependent. Her family stood vigil as multi organ failure was setting in. Approximately 36 hours after the necrotizing fascitis (flesh eating disorder), NF, diagnosis was documented, Diane went to the operating room.

As an old respiratory therapist, the worst nightmare would be to wake up on a ventilator. This was Diane’s nightmare, which she was now living. She also hallucinated that her newborn son died, that he was kidnapped, that her husband was conspiring with the nurses, that the nurses were trying to kill her, that there was a shoot out at Diane’s house … just a few of the hallucinations that still haunt Diane when she closes her eyes.

Diane was on the ventilator for two and a half weeks. The only thing that stopped her from being trached was the around the clock care give by her husband. Post extubation, bronchospasm set in and the director of the SICU gave my husband 2 hours to get my CO2 at a reasonable level. Diane’s husband, her brother, her cardiologist and pulmonologist sat on her rotating bed holding the CPAP mask on her face; Diane’s CO2’s stabilized and she was not trached.

When Diane was extubated, they brought her son into the SICU in an incubator as she would not believe that he was alive unless she saw him. At the same moment, an 18 year old boy who had just been in a car accident was pronounced dead in the bed next to Diane. When Diane’s husband emerged from her room with their son, the mother of the 18 year old asked to hold their son; the mother did so for 15 minutes while the entire staff, family and friends wept.

Diane’s family was told day after day that she probably would not make the next. Even one of my husbands friends, another physician, who came to Diane’s hospital room when Diane was having her worst night, was told by the medical director, “Why did you bother to get out of bed, the changes you are going to make will not matter, she’ll be dead by the am.”

Diane is positive that if it were not for her husband, she would not be alive; he would not give up, and he did not accept the fatalist’s attitudes. He stepped on more than a few toes, thank god.

After release, Diane received at home PT from her best friend. She needed around the clock care, and could not care for my son. It’s been two and a half years and Diane suffers from many post ARDS issues, among them decreased lung capacity, recurrent lung infections and posttraumatic stress syndrome.

Diane has many questions, but no longer asks, “Why me?” Diane wants to help prevent this from happening to another person. She wonders about a link between Step B and NF, has Step A mutated? Diane has many questions but knows one thing-she will not stop trying to find answers. For more information about NF, http://nnff.org/