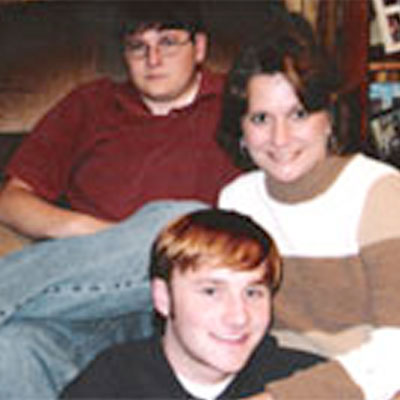 Debra Clifton, The World is a Poorer Place

Debra had surgery in June 2004 to remove an ulcerative colitis and had an ileostomy. Then on September 24, 2004, she was admitted to Atlanta Medical Center to have a reversal done. Initially, Debra was doing well and even given food. However, she developed an abdominal fistula and had to have another surgery.

Unfortunately, this surgery was not a success and waste material emptied into her abdominal cavity, causing another surgery to clean her out and to again do an ileostomy on the opposite side of her abdomen. After that, Debra developed peritonitis and then became septic. Shortly after, she was diagnosed with ARDS, staph, strep, ecoli, pneumonia, and pseudomonas.

Debra was sedated in paralytic coma for 24 days. She kept blowing holes in her lungs until she had ten chest tubes at once, five in each lung. She was on three kinds of ventilators and an oscillator for 59 days. Her ICU stay was a total of 85 days.

Debra has come so far in her recovery. She has had therapy, but still turns her feet out and says she walks like a duck with a walker. Although she came home without any oxygen, Debra gets out of breath easily. She was released to a nursing facility on February 23, 2005, two days short of five months. She can have reversal surgery again in a few months but now lives with an ileostomy.

Debra was only given a ten percent chance of survival during the worst of her hospitalization, but her family never gave up hope.

When everything looked especially bad, Debra was given steroids which seemed to help. However, what helped most was prayer and the grace of God; this is what brought her through.
Debra had done well since her previous bout with ARDS at the end of 2004. Debra still had an ileostomy because of her removal of her colon due to ulcerative colitis.

But on November 29, 2005, she became unable to hold food down. She was taken to South Georgia Medical Center in Valdosta, Ga. A cat scan showed she had a blockage in her intestine.

She stayed in the hospital until December 22, 2005. She was on a stomach pump most of this time and was fed TPN by IV. The doctors were hoping that the blockage was caused by a kink in the intestine and that it might correct itself.

There was no colon surgeon in Valdosta and none of surgeons wanted to operate on her because of her prior medical history. She developed a blood clot in her arm and had to be given blood thinner. She came home and lived on Ensure and other liquids for four days.

Debra was able to attend Christmas gathering at her 91 year old Grandfather’s on December 23 and was with her family on Christmas Day. She attended the birthday party for her nephew on December 26. But on December 27, 2005 she became very sick again. She was re-admitted to the hospital and tests showed the blockage was still there.

On January 2, 2006, Debra was transferred to Crawford Long Hospital in Atlanta, Georgia. On Friday Jan 6, surgery was done to correct the blockage and reversal surgery was done at the same time.

She was doing well, but on January 11, the doctor discovered a drainage and she was operated on again to correct this leakage. That night she had problems maintaining her oxygen level.

The next day, Debra was diagnosed as septic and moved to the intensive care unit. On January 13, she was diagnosed with ARDS once again, was intubated and taken to the operating room once again to clean out an abscess.

Debra had also developed pneumonia in both lungs. In a day or so she had MRSA. She did improve and oxygen level was down to 40% with a peep of 5, Her saturation was 96 at this time. She was taken off one of the medications that had her in a paralytic coma. By Friday January 20th, she was off all sedation medicine but refused to wake up. There was no muscle tone…no reactions of any kind.

On January 21 her head was drawn to the side and she looked as if she had had a stroke. She had started losing body fluids rapidly. Her electrolytes were erratic. A cat scan showed that her brain basically exploded. She was brain dead. She died in the early morning hours on January 25, 2006.

Debra’s family made it through ARDS once and ten chest tubes, but not so this time. They are still trying to grasp the fact that she is gone. Debra’s mom said, “She had wonderful times with her family during 2005. God gave her back to us for a year. Now she is gone to be with him.” Please pray for Debra’s family.