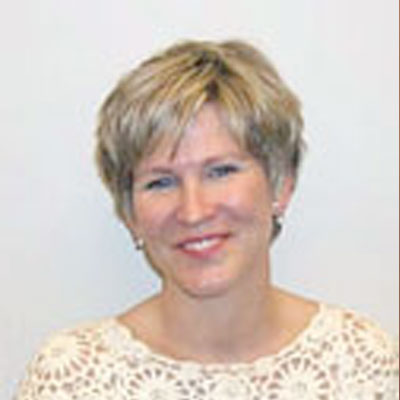 Deb’s life was no busier than any wife, mother of two and part-time manager of career consulting for a major bank in Chicago. Throughout the winter, her three mile workout, three times a week was no different than her run on Thursday, March 28, 2002 at age 41. On Friday, Deb had a high fever, persistent cough and body aches; on Saturday, she saw her doctor when she felt no change and was told she had a cold and was given cough medication. On Easter Sunday, Deb’s fever hit 104 degrees and she was unable to get out of bed. On Monday, Deb went back to the doctor and was told she was dehydrated and to get to an emergency room, which she was convinced would be helpful.

After a chest x-ray and cat scan, Deb received chilling news. The doctor reported that Deb had bacterial pneumonia (strep pneumonia) in both lungs, bacteria in her blood and a mass on one lung the size of an orange that could be lung cancer, lymphoma or a mold ball. Deb knew that she felt very ill, but certainly none of this made any sense. Deb was put on the cancer floor which naively baffled her as she had never been a smoker or around anyone who smoked in her life. Doctors explained they wanted to go down with a scope to determine what the mass was when suddenly Deb went into respiratory failure — full blown ARDS. (Deb’s medical notes read possible congestive heart failure and carcinoma.)

Eight days later Deb awoke from a morphine coma and in intensive care, completely unaware of what had happened. Surprised to find a ventilator in her mouth and a feeding tube in my arm, she scrawled, “What happened to me?” Her husband told her that she was having trouble breathing but didn’t go into detail. . Deb endured the next seven days as best as she could and thrived on her faith and the dedication and nurturing of family and friends. No one led on how close to death she had come and how gut wrenching it was to see a once vibrant person with tubes hooked up everywhere. There were tears behind the door that Deb never witnessed. Since she was in intensive care and also had contracted an infectious bowel syndrome, Deb was unable to see her daughters who were then ages four and only one year old which was agonizing for Deb.

Deb later learned that what was originally believed to be a mass on her lung was actually dense pneumonia that cleared with the antibiotics. By the 15th day in the hospital, Deb had grown weary of having my lungs aspirated and having trouble breathing and resigning herself to a scheduled tracheotomy the following day. When Deb’s nurse discovered water in her line causing a false breathing reading, she was convinced that she could wean Deb from the ventilator. Within hours, Deb was ventilator-free with oxygen in her nose when Deb’s husband, Keith arrived; he stared at her in disbelief sitting up and sipping water. An hour later, the oxygen was making Deb dizzy and was removed.

After two days on the respiratory floor, Deb wanted to go home and eat home cooked meals after having lost 17 pounds — a pound for every day in the hospital. Deb slept sitting up for a week at home because her breathing was so compromised. She was back to work after 8 weeks with completely normal lung function after six months. As a result of the trauma her body endured, the bottoms of Deb’s feet peeled off, her back peeled and looked like it was sunburned and her hair fell out for 12 weeks. For the first three after her illness, Deb needed 10 to 12 hours a sleep each night and be mindful about not pushing herself too much.

Much of the details of Deb’s experience she gleaned from daily e-mails that were circulated about her condition. She was not ready to read them until she felt physically stronger three months later. She is still absorbing all that she experienced and how she believed she was fighting so hard to get well, not live. Throughout her hospitalization, she never felt the emotion of fear, she believes, because of her strong faith in God and because she learned that literally hundreds of people were praying for her across the country. The genuine love and concern was overwhelming as she imagined prayer lights flashing across the country.

The power of prayer was so powerful and critical to her healing. Amazingly, nine months after surviving ARDS, Deb was singing solo at a friend’s wedding. Deb says, “What an honor it was to fill my lungs. Today, breathing is a gift and a blessing which I will never take for granted”.