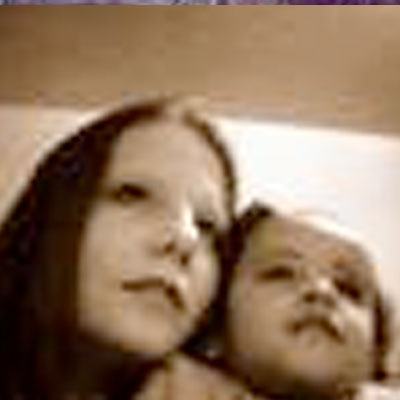 Dana Raymer, was seventeen years old and seven months pregnant with her daughter. Dana went to her doctor on July 21st, 2000, with terrible pains in her right side. Her physician told her that it was labor pains but Dana knew, deep inside, that it could not be. Of course, it was not.

The medical professionals then tapped on the right side and told Dana that she had a kidney infection so she was scheduled to go to Methodist hospital, in Indianapolis, Indiana. When Dana arrived, she laid in the hospital gurney for at least an hour when she began to feel extremely cold but her mother told her that in reality, she was burning up.
Dana’s temperature had spiked to 105.0 degrees. She was septic. Dana was given fluids by I.V. but all of a sudden, she could not breathe. Fluid had got into Dana’s lungs. While sitting there, Dana had been thirsty, but she was not allowed to drink. However, she had to drink glucose.

Dana was intubated that night as she had aspirated the glucose into her lungs; they told her that she had pneumonia. After that point, Dana was put into a medically induced coma and does not recall too much after that.

However, Dana had many horrific dreams, seeing things that were not really there. Dana had to have two chest tubes on her left side because her lungs had collapsed while on the vent.

When Dana emerged from the coma, it was August 26th, 2000. She was not able to speak, due to the trach, but she woke to find that her baby girl, Diamond, had been born on the 21st of August and was fine! Dana’s doctors kept telling her mother it was going to be either Dana or her child and even if Dana survived, she would not be home until after Christmas.

But soon after Dana awoke, she began a physical therapy regime and after three to four days, decided it was time to get on her feet and get better for her daughter.

Dana left the hospital on September 10, 2000, six days before her eighteenth birthday and Dana’s daughter came home the day before her birthday. It was an extremely difficult experience for Dana and her family but they all were survivors!

Today, Dana is twenty-one and her daughter is three. Dana says, ” If GOD brings it to you, he’ll bring you through it.”