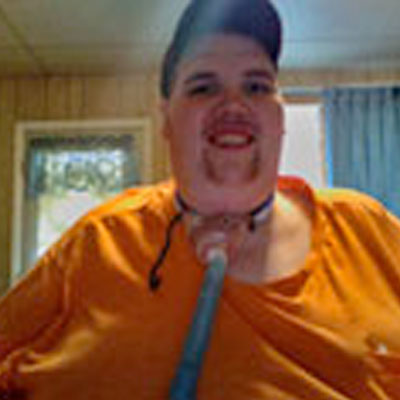 On May 22, 2008, Christian Rose, 33 years of age, went out with friends and stopped by his sister’s house to see his niece. It was like any typical night. Earlier that day, though, Christian had been at the emergency room and was told that he had a respiratory infection and was given an antibiotic. Christian did not miss a beat. He took his medication and went out for an evening of dancing.

But Christian found out that this was a night to remember. He came home feeling ill, with tightness in his chest and extreme fatigue. When he went to bed that night he did not awaken from his sleep. Christian’s wife, Theresa, said it was nearly seven in the morning when she found him. She called his name several times and he did not awaken. His wife thought that he was playing a joke on her, but as she looked closer, she noticed that his lips were blue. This was no game. She hurried and called 911.

When the paramedics arrived, Christian was ‘dead.’ They had to shock him to bring him back. Christian started bleeding from his ears, nose and mouth. After they got a heart beat in his house, they rushed Christian into an ambulance. They worked on Christian in the ambulance again, he had to be shocked a couple more times to get his heart beating again.

Christian was intubated. At the hospital he was shocked again and put on a ventilator. It seemed like forever before they brought Theresa into a little room to talk to her. Doctors told her that he had an accidental drug overdose. Christian was put on emergency vent support, but something was also wrong with his lungs.

Finally, they allowed his family to see him, two at a time. Christian was admitted to the CCU and spent the next thirty-six days there. He went into cardiac arrest another three times. Christian had many tests, such as EEG’S, EKGS, colonoscopy, EGDS, heart caths, a blood filter, done during that time and also had a trach. Christian required a chest tube when his lung collapsed during CPR. He got a bed sore on my foot 10 inches long over his whole sole. On June 21, 2008, Christian slept through his birthday.

After his stay in the critical care unit, Christian went to the respiratory floor and spent another month and a half there. Christian finally awoke. He was frightened when he learned what it was and the prognosis he had while ill; he was shocked to learn how people many die from ARDS.

He was on the vent from May 23, 2008 until July 12, 2008. On July 2, 2008. Christian’s wife told him everything he had been through and that he was her miracle. Medical professionals were shocked at how well he was doing.
Christian promised himself that in ten days he would be off the vent and he was. He also promised himself that we was going to leave the hospital before August and on July 29, 2008, he was discharged.

At home, he began working with PT and OT to learn to walk, dress, and get his life back. In August, 2008, Christian is walking with a walker and working on his recovery. Christian, who resides in Johnstown, PA is still on oxygen 24/7 and he still has his trach. But Christian states that he is a survivor and most of all, a miracle.