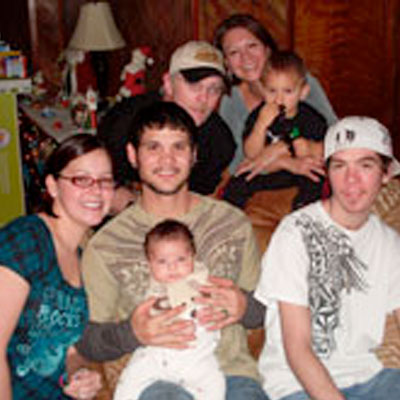 Brett’s nightmare started Aug. 30, 2009. Twenty-two year old Brett went to the emergency room in Angleton TX. They ran blood work, swabs and said everything was fine, but his fever was 104.2 degrees. He was kept there for nine hours and diagnosed with a mild case of pneumonia. On August 31, 2009, Brett followed up with his family doctor; it seemed all was well until on September 3, 2009, Brett was rushed back to the emergency room at Brazosport Memorial His oxygen was only 30%. Within the hour, Brett’s parents, Tricia and Craig, were told that he had to be Lifeflighted to Herman Memorial Hospital in Houston TX.

Brett’s kidneys were in acute failue and liver was failing. Brett also had a tiny bit of fluid in his left lung and his platelets were low. Brett’s family was not given a diagnosis; they were just told he was very sick. At midnight, Brett was intubated. His lungs showed a white out. Even though numerous tests were run, Brett’s doctors could not find anything causing his current condition. Soon thereafter, doctors diagnosed Brett with ARDS. He continued to get worse and on September 8, 2009, he was put on an oscillator. Brett’s body was swollen; doctors said that he might not survive. Days passed with little or no change During his hospitalization, Brett required seven chest tubes and was diagnosed with MRSA. He needed kidney dialysis for four days, as well as other complications.. But finally, on October 2, 2009, the doctors decided to remove Brett from the paralytics.

Fifteen minutes later, Brett opened his eyes. Shortly thereafter, he began to improve. On October 4, Brett was switched back to the regular ventilator and on October 14th, Brett was awake and aware.

Brett spent fifty-five days in ICU, was transferred for fourteen days to wean off the vent, and then to a rehabilitation center.When he was admitted to the hospital, his weight was 158 pounds; upon discharge, he was only 82 pounds. Like all other ARDS patients, Brett could barely walk or eat. After seven days in rehab, Brett went home on November 18, 2009, right before Thanksgiving. After coming home, Brett had two and a half months of physical therapy. Brett continues to improve. Tricia and Craig believe that Brett’s illness brought the family closer together and closer to God. Their message to others is never to give up and always maintain your faith no matter what happens.