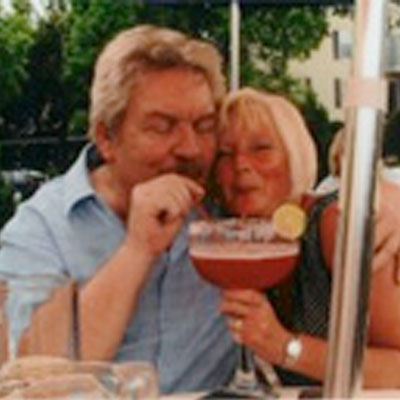 In May, 2005, Bill was diagnosed with stage 3 lung cancer. He received three chemo treatments, one month apart. In August, 2005, Bill and his wife, Jane, who live in Wisconsin, learned that he was a candidate for a partial or full lung resection.

On September 2, 2005, Bill underwent a lobectomy, which was a success. After only forty-eight hours in the ICU, Bill was on his way to what appeared to be a full recovery.

That was when the nightmare began. On September 5, 2005, the phone rang at 4:00 am and Jane was told to come back to the hospital quickly; Bill was in trouble.

By the time Jane and her son arrived, Bill was being transferred back to the ICU. He was intubated again. That was when Bill was diagnosed with Acute Lung Injury. Two days later, Jane was told that Bill had ARDS.

Bill was put into a drug induced coma, given paralytics, and that is how he remained for four months. During that time, Bill’s lungs collapsed as well as other complications.

In December, miraculously, Bill came out of the coma and he weaned from the vent. He was able to go five weeks vent free and during that time, was transferred to a step down unit.

Jane felt lucky to be able to stay in Bill’s room. Because of the trach, Bill was not able to speak most of the time. She learned to read his lips. And some of the time, he had a speaking valve.

Then another tragedy occurred and Bill ended up back in the ICU. By this time, Bill had been in the hospital for 180 days.

Both Bill and Jane noticed that the care he received at this point had become palliative. They decided it would be in his best interests to move to a long term acute care (LTAC) facility to get him the help he needed.

Jane found a LTAC Facility that was quite successful in getting people off of the ventilator. Bill was moved with the blessings of the staff from the hospital. But within a couple of days, Bill developed an antibiotic resistant strain of pneumonia.

Though Bill tried to fight the infection, the damage to Bill’s lungs had already been done; ARDS took Bill’s life on March 26, 2006.

Bill is survived by Jane, his loving sons, Adam, Paul,and Bill, daughter, Jen, and many other devoted friends and relatives who all miss Bill very much.

Jane feels that this was a roller coaster ride that no one should ever have to endure. She knows that there are many other families who are dealing with a loved one in ARDS crisis or grieving over the loss of a loved one and she knows that her experience will let others know that they are not alone. Jane does not have Internet access; if you would like to contact her, please email info@ardsusa.org and we will provide her contact information to you.