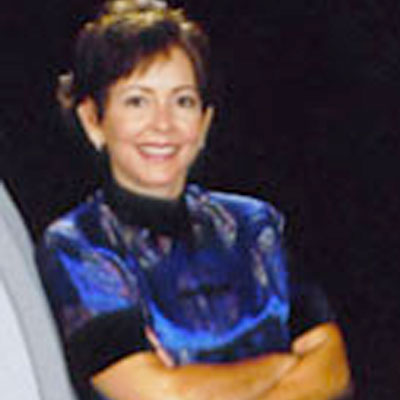 Angela Bowen’s long ARDS journey began on June 26, 2002 during a surgical procedure when her esophagus was perforated. Angela was 46 years old, in good health and exercised every day. The next three crucial days were spent trying to understand why she was in such pain and unable to breathe. Finally, the hole was detected but it was too late to prevent the rapidly progressing respiratory complications.

During the next 6 weeks, Angela had 7 chest tubes for multiple pneumothoraxes, a thorachotomy, and a decortication and of her lung, a tracheotomy and numerous other procedures. Among her many diagnoses were mediastinitis, septicemia, empymea, cardiac dysrythmia, thrombosis, pnuemonitis, hemoptysis, and ARDS! Although Angela has no memory of these days and weeks due to the diprovan sedation, she now knows that every day was a NEW fight for her life.

On August 12, 2002, Angela was airlifted to Methodist Hospital in Houston due to bleeding from her trachea. Minutes into the trip, she lost my airway and went into cardiopulmonary arrest on the helicopter. The helicopter returned to The Woodlands with CPR in progress. Angela was resuscitated in the emergency room and off they went again.

The “down time” was estimated to be between 2 to 10 minutes! Anoxic encephalopathy was then thought possible based on the neurological exam and the cardiopulmonary code! Due to the neurological questions, the Diprovan was discontinued at this time.

On August 13, a bronchoscopy was performed and it was decided that the bleeding from the trachea was due to an upper lung hemorrhage and on August 16, another trach was inserted.

Toward the end of August, Angela began what she calls “My Awakening” – it was very gradual and was several days, perhaps weeks, before she realized what had happened. Angela could not believe how much time had passed and wondered who went on vacation without her! Her father explained that she had a “ little bit of pneumonia” and was on her way to recovery! Angela had “a little bit of pneumonia as a child it was nothing like this!!”

Angela remained in ICU until 9/9/02 and until she finally was moved to a regular room on supplemental oxygen. This was possible because her pulmonologist treated me with Interferon, which helped her completely unresponsive lungs to heal and begin functioning again.

During the course of Angela’s hospital stay, she developed a condition called Heterotopic Ossification, which is characterized by bone growing in the soft tissues of the joints. Her right knee and right arm were greatly affected by this condition. Because of this and the loss of all muscle tone, walking was very difficult and painful. Angela wondered if she would ever be able to walk normally again.

Finally on September 24, 2002, Angela was discharged from the hospital to inpatient rehab where she spent about 10 days before going home; however, she had to return to the hospital again in October for the placement of a pleural tube for another pneumothorax. Angela spent several months in outpatient physical therapy.

In the past two years, Angela has had surgery two times on my elbow to remove the extra bone growth; in the very near future, she hopes to have the bone removed from her knee as well. She is again walking, two miles everyday, in addition to doing water aerobics. Her lung function is as good as it can get – 100% of predicted – a Miracle!

Angela’s message to you is this: “If you are reading this because you have or have had ARDS or know someone who is struggling with the nightmare of ARDS, don’t ever give up – there is hope and there is help. I was never expected to survive!

I will never be the same person as I was before my ARDS journey. It taught me to appreciate every day, every gift, every person, every experience, every blessing from God. When I look at my children, the youngest – Taylor is 14 and the oldest – Lauren is 21, I am so grateful for the miracle of my life. Taylor is a freshman in high school and Lauren is a 2nd year medical student. I am amazed at the people who prayed for me every day and the many wonderful doctors that took care of me…It’s been a long road, but I think I’ve made it !”