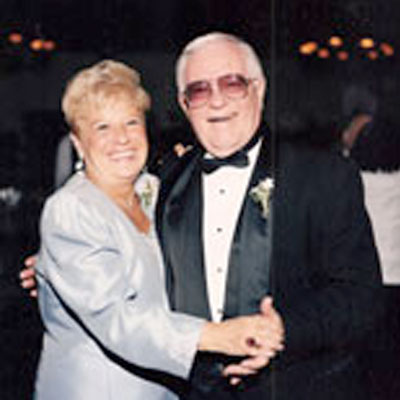 My dad who was 82 years old at the time, was taken to the hospital by ambulance on March 2nd, 2009 after being found on the floor of his apartment….He was diagnosed with pneumonia and sepsis, and was doing fine for the first few days…He was on oxygen, and then on the 12th of March, he was struggling to breath, and he was intubated. One of the doctors said he had ARDS, but unfortunately, it seemed like none of the doctors knew much about it, and it was too late to have him transferred to a larger hospital to be treated, since he was on a respirator.

Shortly after that, his kidneys started to fail, and they started dialysis. A few days later, he wasn’t absorbing the food from the feeding tube, and was bleeding from his GI tract. It seemed every day, he just got worse, and a new problem occurred daily. His poor body couldn’t handle it, and he died on March 27th, 2009.

We’re having a difficult time accepting this, and there is a lot we don’t understand, except that he’s gone. I hope that someday there is some sort of test that can be given, and treatment for this horrible syndrome. Pictured with my dad is Vivian (Dolly) who was he wife. Sadly, Dolly passed away just 6 short weeks after my father. While we were sad to lose her so close to my father, we are so glad they are now together. He was survived by his 3 daughters, 2 grandchildren, and 2 great grandchildren who loved him and miss him everyday.